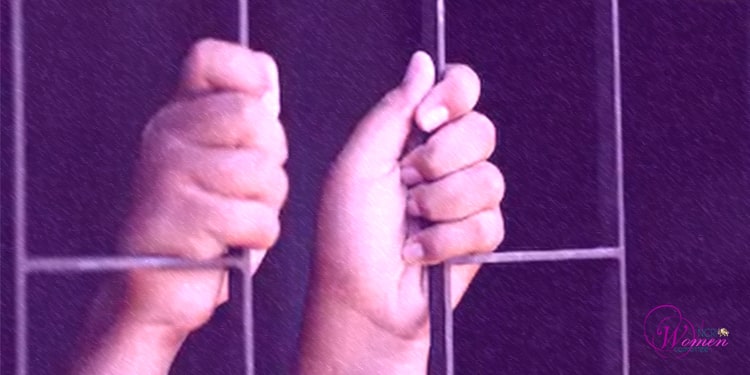 The regime terrorizes and clamps down on society by ramping up pressure on human rights defenders. Suppression and detention of female civil activists and pressuring political prisoners are common practices by the mullahs’ misogynist regime to intimidate society.

This report focuses on the conditions of political prisoners Zeinab Jalalian and Zahra Safaei and provides an update on the detention of female civil activists arrested between July 26 and August 4, 2020.

Political prisoner Zahra Safaei was rearrested on Sunday, July 26, 2020, when she was referred to the Prosecutor’s Office of Evin Prison to review her case and that of her daughter. On July 27, 2020, she was transferred to Qarchak Prison’s quarantine ward.

Mrs. Safaei announced that she would definitely go on a hunger strike starting the evening of August 3 if she was not transferred to a public ward.

After 2 months of no outside contact, Kurdish political prisoner Zeinab Jalalian was finally able to get in touch with family members via phone call. She informed her family that she had been in solitary confinement in Kerman Prison. This report was published on July 30, 2020.

Deniz Jalalian, Zeinab’s sister, reported that Zeinab told her family on July 28 that she had ended her hunger strike. During the call, two security interrogators were standing next to Zeinab. They forced the Kurdish prisoner to speak Persian, denying her the right to speak with her family in her mother tongue.

Deniz Jalalian said that Zeinab’s voice was hoarse and that she had a persistent cough.

Security interrogators told Zeinab Jalalian that they had transferred her to Kerman Prison because she sent prison news to human rights organizations and wrote open letters while she was held in Qarchak Prison.

Civil activist Shahin (Afsaneh) Khakpour, a resident of Kerman, was sentenced to 18 years in prison by the Revolutionary Court of Kerman on Monday, August 3, 2020.

Afsaneh Khakpour was arrested in June 2020 for protesting the mandatory veil. She was later released on bail, pending trial.

Baran Behzad, a Kurdish woman from Urmia, has been sentenced to 8 years in prison. Baran Behzad had been detained in Urmia Central Prison for 3 years, but the news of her arrest and sentencing has just been published.

She and her daughter had been subjected to psychological pressure and torture during interrogations to obtain forced confessions. They were then transferred to Urmia Central Prison. Shahnaz Sadeghifar, 32, has been on a hunger strike since Tuesday, July 28, 2020, to protest her harsh sentence of 15 years. She is very weak, and her physical condition is reported to be serious.

Maryam Khosh Andam, 45, from Kurdistan, and Roghayeh Hassanzadeh, 55, were arrested at the end of July to serve their sentences. They were transferred to the women’s ward of Evin Prison.

Civil activist Fariba Fereydoni was arrested by IRGC intelligence forces in Khomein on July 23, 2020. She was transferred to Evin Prison 2 days later. The reason for her arrest remains unknown.

Somayeh Namdamal, a young girl from Buchan, was arrested by the city’s intelligence services on July 25, 2020, and transferred to the Urmia Intelligence Detention Center. Somayeh has had no contact with her family since her arrest.

Saba Azarpeik, a journalist and social activist, was summoned to court after the IRGC and the Ministry of Health complained that she had criticized the performance of the regime’s National Headquarters for Corona Disease Management.

She had been arrested by security forces in June 2014 and released from prison in August of the same year on bail of 150 million Tomans.

Marathon champion subjected to 2 months of interrogation and imprisonment