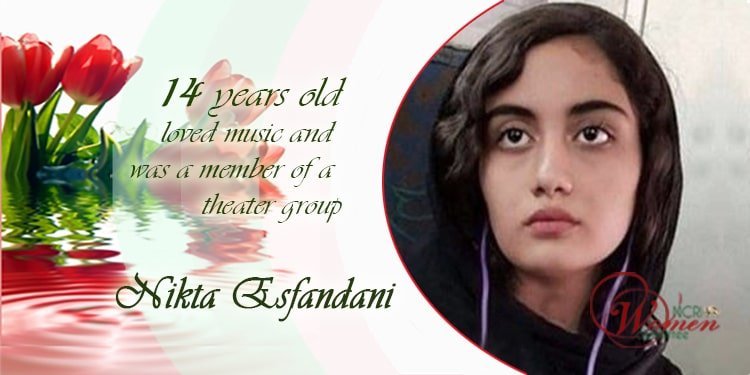 Nikta Esfandani was one of the youngest victims killed during the Iran uprising in November 2019.

Nikta Esfandani was 14 and from Tehran. She loved music and was a member of a theater group.

She was shot in the head by the security forces on Tehran’s Sattar Khan Ave. on November 16, 2019,

Her family searched for three days until they could find her body. Nikta Esfandani was buried on November 20, 2019.

Her images and news of martyrdom had a great impact on Iranian society and abroad.

On her Instagram account, her family wrote they hoped that the blood of their innocent daughter were not spilt in vain.”

While handing over Nikta’s body, the authorities brazenly told her family that they would not ask for the price of the bullet because she was so young.

It has been reported in social media that in various cities, families have been  asked for 40 to 80 million tomans before handing them the bodies of their children killed in the Iran uprising in November 2019.