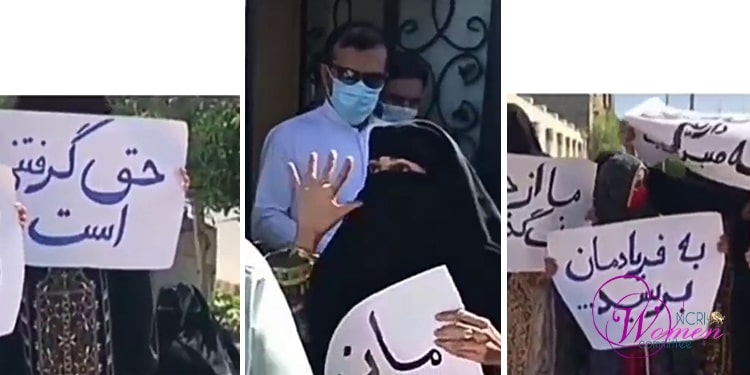 Angry women cry out: We’ll stand to the end!

Women of Chabahar held a protest gathering denouncing demolition of their homes by city agents. They gathered outside the Governorate of Chabahar on Saturday, October 31, 2020.

The women of Chabahar held placards which read: One must gain her right! We will stand to the end! Who will support us, the impoverished? Hear our cries!!

The Housing Foundation, the Municipality, and security forces launched a raid at 2 a.m. on October 30. They did not have any legal warrants for razing the residential houses in Golshahr district of Chabahar. The agents demolished some 10 houses where people lived in them. They destroyed all their furniture and belongings. Security forces used stun guns, pepper spray and batons to quell the protest and resistance by women and children residing in those houses.

An informed source said: “Security forces using bulldozers completely destroyed the houses with all the furniture inside. Then they flattened the ground by shoving the rubbles into the river. They did not even allow the residents to bring out their identity papers, their holy books and the Quran, and their gold and jewelry.”

Security agents representing the Mostazafan Foundation took a similar measure in September in Khuzestan. They razed people’s homes in Abolfazl village. They used pellet guns, Winchester rifles, and tear gas against the residents. At least 10 men and children were wounded in this attack.