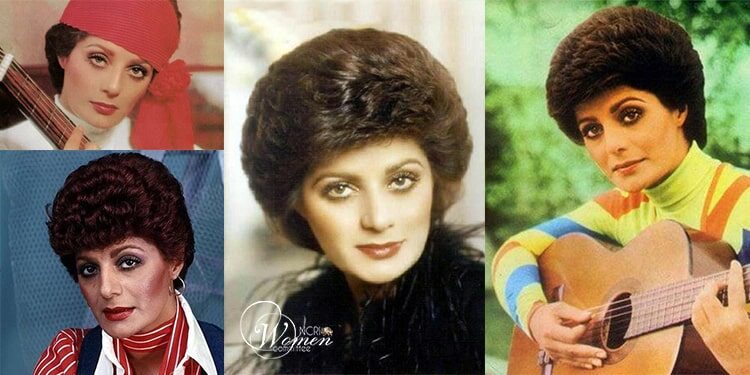 Renowned Iranian singer Ramesh passed away in Los Angeles, California on November 30, 2020. She was one of the most popular singers of Iran in the 1960s and 70s.

Renowned Iranian singer Ramesh was born in 1946 in Tehran. Her birth name was Azar Mohebbi Tehrani. She began her singing career in 1964 in a radio classical music program.

Her song by the name of “River” inspired by the famous “Little Black Fish” story, is one of her great legacies.

Renowned Iranian singer Ramesh said in this regard: “At first, my withdrawal from singing was a protest to the banning of my fellow women compatriots from expressing their internal feelings by singing songs. They could not have their voice heard by others. Gradually, I got used to this protest and it remained with me for years. Now, if one day I return to Iran, I will sing from the bottom of my heart for my people.”

Ramesh was one of the women who refused to sing under the rule of the clerical regime. Like the great Iranian Resistance’s singer Marjan, she thought of her homeland and presenting her art to her people.

The NCRI President-elect Maryam Rajavi expressed her condolences to her fellow compatriots, fans of Ramesh, and Iran’s arts community.