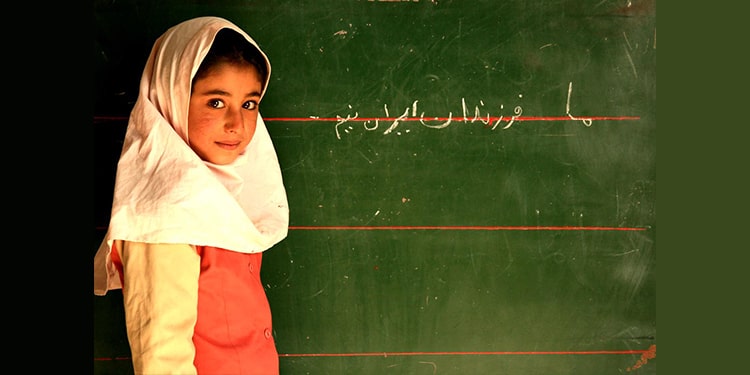 Statistics on child marriages in Iran – According to the quarterly report of the National Statics Center of Iran (NSC), more than 7,000 girls under 14 years of age have got married in Iran from April to June 2020. The number published by the NCS on the number of young women married between 10 and 14 years of age was exactly 7323. During the same period, the marriage of one girl under 10 years has also been registered. (The NCS report – November 30, 2020)

Physical and psychological damages caused by child marriages in Iran have many irreparable adverse consequences on the lives of young women, particularly those who get pregnant under 18 years of age. These damages include fatality of mothers, depression and even suicides, divorces, leaving school, and will eventually lead to the stability of the cycle of cultural and economic poverty.

Zahra Kasaii-pour, the general director of women and family affairs in the Markazi Province, announced that 109 girls under the age of 15 had got married in Markazi Province in the six-month span from April to August 2020. She said that during the same period, 109 young women under the age of 18 had become pregnant. (The state-run ROKNA news agency – November 24, 2020)

The number of child marriages in Iran has been increasing in recent years. Child rights activists say this phenomenon will have adverse consequences on the future health of Iranian families.

The high number of child marriages in Iran before they reach intellectual majority, speaks of the common practice of this phenomenon in Iranian society. The legal age of marriage has been set on the basis of physical maturity. While according to experts, physical maturity is only part of the complete maturity of a human being. Physical growth, knowledge, education and freedom of choice, are among the most basic humanitarian requirements for marriage and family life.

The NSC report also indicated that 95,000 divorces of women under 19 years of age had been registered between 2011 and 2015. From these divorces, 5,760 were related to marriages which took place between girls and boys both under 15 years of age.