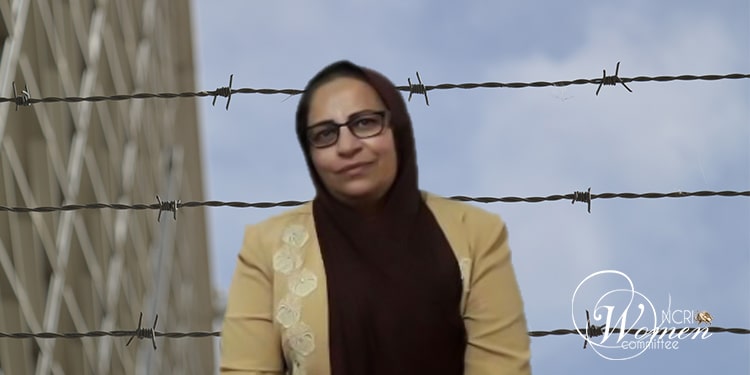 News from Qarchak Prison of Varamin indicates political prisoner Zahra Safaei is in dire health conditions, as the prison’s warden, Soghra Khodadadi has prevented her urgent dispatch to a civic hospital.

Reports on Tuesday, February 3, 2021, indicated that the health of Zahra Safaei is rapidly deteriorating. She is experiencing severe pain in the kidneys which discharge protein. She needs to be urgently visited by a doctor at a hospital and receive treatment.

But Soghra Khodadadi, the notorious warden of Qarchak, has told her that she would not allow her dispatch to any facility outside the prison compound until her sentence is issued.

An informed source said Mrs. Safaei is very ill and is not able to tolerate prison conditions. She must be urgently taken to hospital, the source added.

It is believed that Soghra Khodadadi is intent to kill this political prisoner by denying her medical treatment.

Zahra Safaei has been repeatedly attacked by inmates hired by Qarchak Prison authorities. Her life is in grave danger as this political prisoner is being detained among prisoners convicted of violent crimes in violation of the principle of separation of different categories of crimes.

On November 2, 2020, Mrs. Safaei and Golrokh Iraee were threatened to death by an ordinary inmate. The woman, hired and provoked by the warden of Qarchak Prison, swore at, attacked, and threatened to kill them. Prisoners are tightly restricted in their movements within the wards of Qarchak Prison. The entry of the assailant woman to the ward where a number of political prisoners are being held indicates a premeditated plan.

Mrs. Safaei was also hit hard on the head by batons during a violent raid on December 13, 2020, when 20 prison guards broke into ward 8 and brutalized all political prisoners.