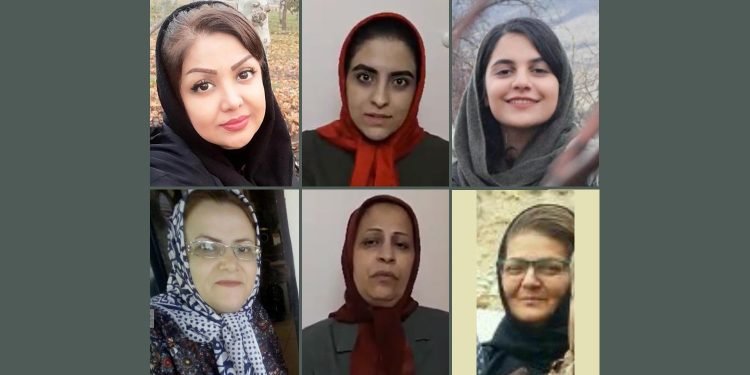 Iranian Resistance publishes names of 20, including six women, under torture

The two elite students of Sharif Industrial University are Ali Younesi and Amir Hossein Moradi who had been arrested on April 10, 2020, by intelligence agents and taken under torture.

Ali won the gold medal of the 12th International Olympiad on Astronomy and Astrophysics, held in China in 2018. Earlier, he had won the silver and gold medals of the National Astronomy Olympiad in 2016 and 2017. Amir Hossein also won the Olympiad silver medal in 2017.

The Judiciary Spokesman Gholam-Hossein Esmaili acknowledged on Tuesday, May 5, the arrests of Amir Hossein Moradi and Ali Younesi, saying they had linked up with the PMOI (MEK). Reciting a series of trumped-up charges, he added that they had engaged in “diversionary actions” and were “attempting to carry out sabotage operations.” “Explosive devices used in sabotage operations were discovered when their homes were searched,” he said.

Aida Younesi, Ali’s sister, in a video clip published on her twitter account on May 5, exposed the Intelligence Ministry’s conspiracy against her brother. She said in this clip: “The Judiciary tortures physically and psychologically to extract forced confessions. No one expects any honesty from you (the Judiciary). The night (of the arrest) your agents said they had found nothing suspicious in our house. And inspector of the case emphasized several times that there is no problem in Ali’s case. You were right when you said you don’t care about anyone’s profession or education. We also know well that you do not care about students. You don’t believe in citizen’s rights, otherwise we would not have such a brain drain in the country. You do not have any evidence against Ali, because if you did you had already publicized it a hundred times.”

Mrs. Maryam Rajavi, the President-elect of the National Council of Resistance of Iran (NCRI), emphasized that the detainees are subject to torture and face execution, as well as in danger of being exposed to Coronavirus.  She again urged the Secretary-General of the United Nations, the High Commissioner for Human Rights, and the Human Rights Council, as well as the international human rights organizations to take urgent action to secure the release the detainees and to send international missions to visit the regime’s prisons and meet with these prisoners.

The Iranian Resistance demands that the clerical regime publishes the names of all the detainees and respect all their rights by the international conventions to which it is a party. Since the December 2017 uprising, a significant number of dissidents have been murdered under torture.

Political prisoner Narges Mohammadi starts another year of her sentence