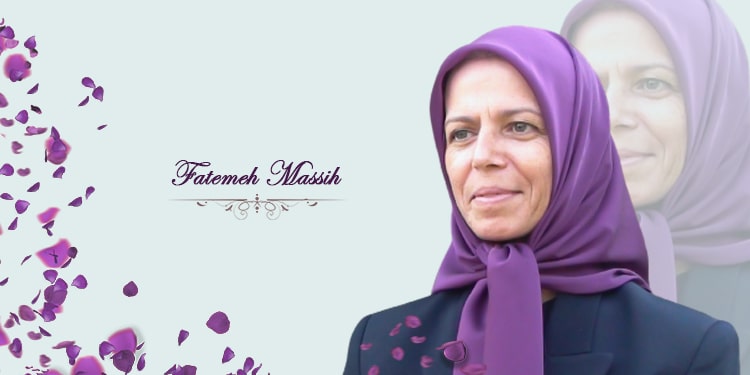 Fatemeh Massih was one of the 36 members of the PMOI/MEK who laid down their lives during an unequal confrontation in Ashraf, on April 8, 2011.

Fatemeh Massih was born in 1956 in the central Iranian city of Yazd.

Her family were religious but at the same time very much against oppression of the mullahs. Her sister was killed by the clerical regime in the early 1980s along with her husband and five of her children and son-in-law. So, she felt the regime’s oppression with her flesh and bone.

Fatemeh Massih used to say that it was her dream to find the PMOI and join them so that she could struggle for the freedom of her country from the mullahs’ clutches.

With the history of her family, however, it was very difficult for her to find a way to leave the country. Finally, when she did so with her two daughters. It was the happiest day of her life. These words are remembered from her, when she said: “All my life and existence is for my people and I have vowed to continue the path of those who gave their lives for freedom.”

She loved her sisters and brothers in Ashraf and she worked hard day and night without letting anyone find out about her efforts. She did not expect anything for herself.

On April 8, 2011, she was one of those who rushed to the front line to defend Ashraf and help their wounded sisters and brothers.