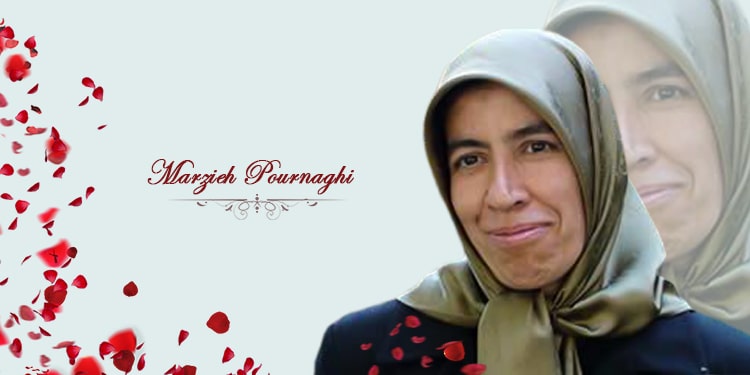 Marzieh Pournaghi was one of the 36 members of the PMOI/MEK who laid down their lives during an unequal confrontation in Ashraf, on April 8, 2011.

Marzieh Pournaghi was 48 when she lost her life in the April 8 attack.

She knew the PMOI since she was a high school student in Iran.

She was arrested in 1983 at the age of 18 and imprisoned for supporting the PMOI.

She spent three years in prison and lost her contact with the movement.

Later, she received a Bachelor’s of Science in Social Sciences Research.

In 2007, she found out about Ashraf and travelled there for a visit. Upon return to Iran, she was arrested and imprisoned but later released on heavy bail.

Then she quickly left the country in June 2008 to join the movement in Ashraf.

Marzieh was very popular for being kind and humble, at the same time determined.