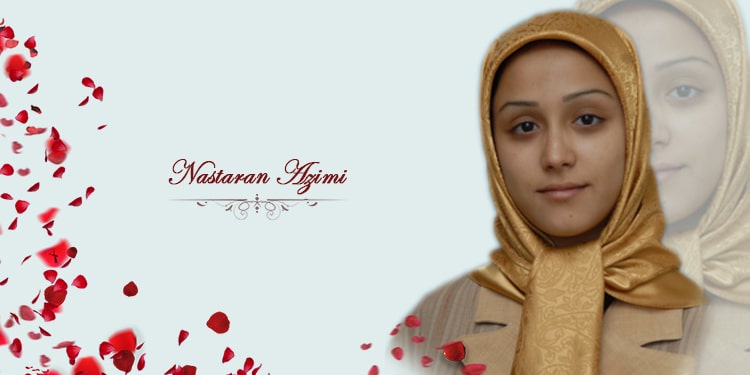 Nastaran Azimi was one of the 36 members of the PMOI/MEK who laid down their lives during an unequal confrontation in Ashraf, on April 8, 2011.

Nastaran Azimi was born in 1985 in Tehran. She was a second-year student of Computer Sciences at Tehran’s Polytechnique (Amir Kabir) University when she was arrested and imprisoned for her anti-government student activities.

Prison strengthened her resolve to continue her struggle against the regime.

In 2006, she found out about Ashraf, the hub of resistance against the regime. A subsequent visit to Ashraf completely changed her life.

Upon return to Iran, she was arrested and imprisoned again. After coming out on bail, she started arranging for another trip to Ashraf, this time for good.

Nastaran Azimi was always in the first line of people defending Ashraf during attacks. So was the case on April 8, 2011, when she was targeted by sharp shooters and lost her prolific life at the age of 26.