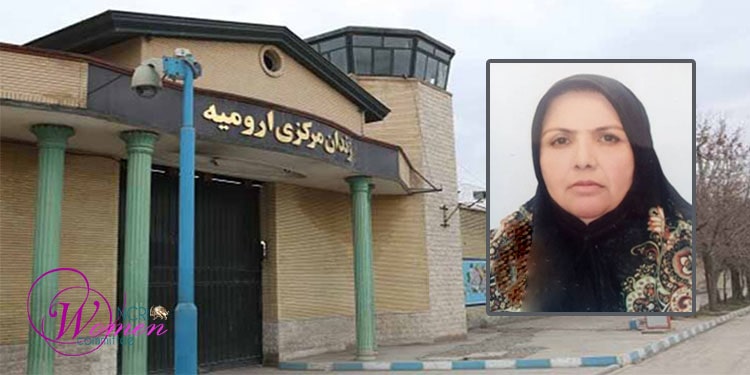 Entrance of the Central Prison of Urmia; inset: Mohabbat Mahmoudi

At least 116 women have been executed during Hassan Rouhani’s tenure as the mullahs’ president.

A case in point

Mohabbat Mahmoudi, 64 with five children, has been detained on death row for 20 years.

She has been deprived of furlough for 18 years.

Mohabbat Mahmoudi was arrested on April 21, 2001, on the charge of murdering a man who had trespassed into her house. Armed with a knife, he intended to rape her.

She was arrested and detained in the Central Prison of Urmia since then. She went on furlough only once for several days 18 years ago.

On the day of the incident, Mohabbat and her daughter-in-law were home. At 8 a.m. Hatam Mahmoudi Gonbadi, the victim, armed with a knife broke into their house intending to rape them. He stabbed Mohabbat three times in the side and abdomen. He refused to leave the house. So, Mohabbat pointed a gun at him. She shot him inadvertently, and he died.

When police officers came to the scene, the knife was still in the hand of the victim. Nevertheless, the court sentenced Ms. Mahmoudi to death.

The victim had two wives and 16 children.