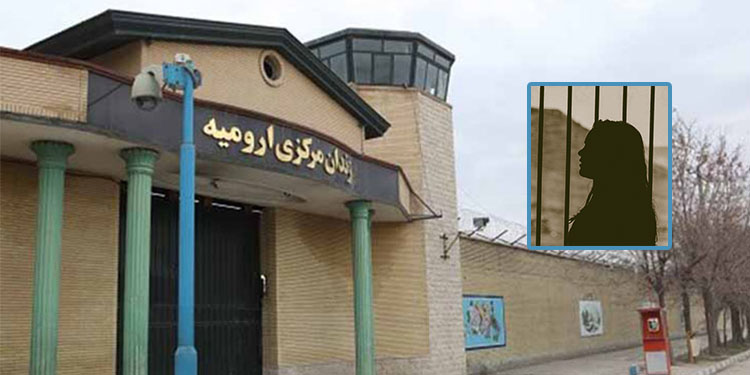 The authorities of the Central Prison of Urmia denied urgent treatment to political prisoner Sommayeh Qoraishi.

Reports from the Central Prison of Urmia on May 9, 2021, say that Sommayeh Qoraishi had a bad heart condition on Sunday night. Her cellmates tried to take her to the prison’s dispensary since she needed urgent treatment, but the prison guard prevented them from leaving the ward and going to the clinic.

Prison authorities have rejected Ms. Qoraishi’s repeated appeals for medical leave since January 2021 to receive treatment for her heart condition.

Political prisoner Sommayeh Qoraishi has been jailed since January 2021 after Branch 10 of the Appeals Court of Western Azerbaijan upheld her sentence.

Ms. Qoraishi resides in Urmia, the capital of West Azerbaijan Province. She was arrested in December 2019, interrogated for 17 days in the detention center of Urmia’s Department of Intelligence, and subsequently transferred to the Central Prison of Urmia.

In February 2020, she was sentenced to a total of 5 years in prison on charges of “acting against national security” and “propaganda against the state” through cooperation with the opposition People’s Mojahedin Organization of Iran (PMOI/MEK).

She was temporarily released on bail of 500 million Tomans in March 2020, but was returned to prison in January 2021 after her verdict was upheld by the Appeals Court.

Her sentence has been recently commuted to 2 years and 7 months, after passage of a bill to reduce prison sentences.

In the past year and particularly after the November 2019 uprising in Iran, the clerical regime made a considerable number of arbitrary arrests among supporters of its main opposition force, the People’s Mojahedin Organization of Iran (PMOI/MEK).

The Central Prison of Urmia is among the most notorious Iranian prisons plagued with the coronavirus and a high death toll and a large number of cases.

The women’s ward is located in Ward 15 of the Central Prison of Urmia. Some 500 women are presently detained in this ward and more than half of the detainees have no beds and have to sleep on the floor.