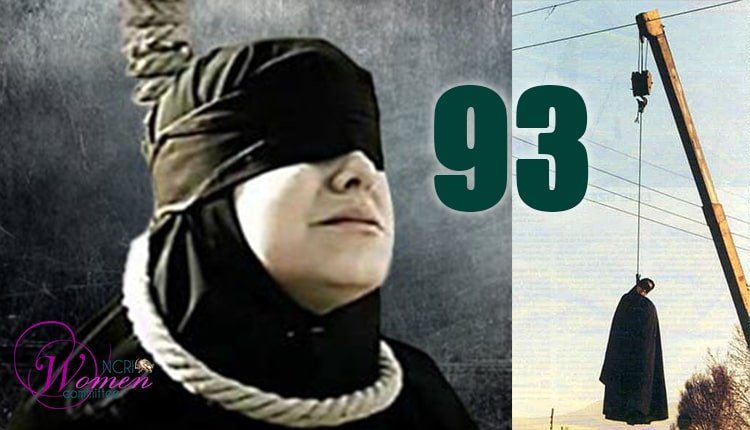 Two women were hanged at the Central Prison of Urmia at dawn on Tuesday, July 23, 2019.

According to an informed source, the two women had been previously given one month to attract the agreement of the victim’s parents but they had not managed to do so, and their death penalties were carried out.

The two women hanged on Tuesday morning, July 23, 2019, were identified as Arasteh Ranjbar and Nazdar Vatankhah who had already spent 15 years in prison on the charge of murder and complicity in murder, respectively. They were transferred to solitary cells Monday morning, July 22, to be prepared before being sent to the gallows.

With these two women, the number of women executed during six years of Hassan Rouhani’s presidency reaches 93.

The Iranian regime has recently further stepped up executions and executed at least four women in the past week, alone.

Maliheh Salehian from Miandoab was hanged on July 16, 2019, on charges of murder in the central prison of Mahabad.

On July 17, 2019, another female prisoner, Zahra Safari Moghadam, 43, was hanged in the Prison of Nowshahr, in northern Iran.

Some 3,700 persons have been executed in Iran in the past six years under Rouhani. The Iranian regime is the world’s top record holder of per capita executions. It deploys the death penalty as a tool for maintaining its grab on power and for silencing a disgruntled populace the majority of whom live under the poverty line, while unemployment is rampant in the country and there is no freedom of speech.

The Women’s Committee of the National Council of Resistance of Iran condemns the hanging executions of the two women by the mullahs’ regime since they are victims of misogynist laws and policies of the clerical regime and their destruction of the economy. The NCRI Women’s Committee urges international organizations defending human rights and women’s rights to intervene and stop the death penalties in Iran.