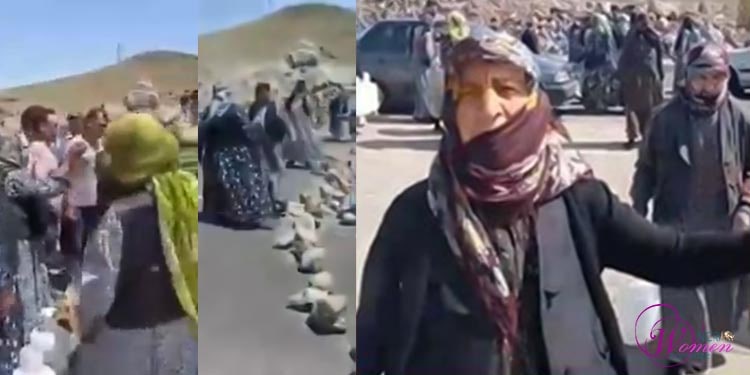 This is the second time since April that the women of Noghodi Olia are blocking the road in protest to the water situation in their village.

They blocked the Noghodi-Meshkinshahr Road and stopped the passage of cars. The State Security Force immediately entered the scene to stop the protest.

The women of Noghodi Olia village had blocked the road once before on April 29, 2021, coinciding with the fasting month of Ramadhan. These middle-aged and elderly women took their jerry cans to the road protesting their lack of water for one month. One of the women said: For years, officials are lying and giving us hollow promises. They do not give water to our village.

Mostafa Fadaii-Fard, member of the National Committee on Big Dams in Iran, said the country has surpassed the “water crisis” and reached “water bankruptcy.” (The state-run ILNA news agency – May 8, 2021)