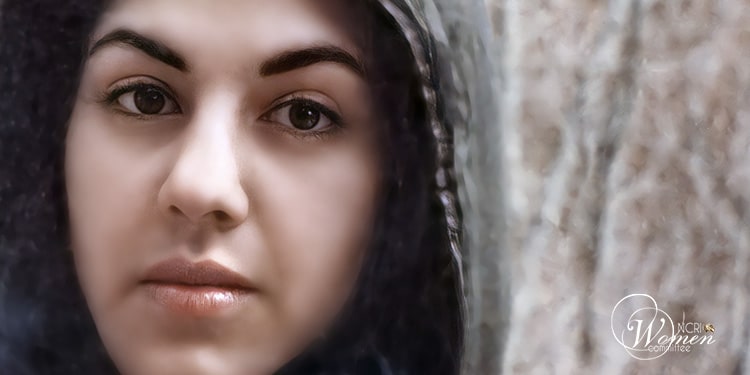 Sorayya Abolfathi, an only child, was born in 1961 to a wealthy family in Tabriz, Iran.

A deeply compassionate and loyal person, Sorayya loved people. Her father was a supporter of Mohammad Mossadeq and had been in prison. Sorayya lost her father when she was only 2 years old, and her mother raised her alone. Growing up, Sorayya became aware of the people’s poverty and was always looking for ways to free society from those conditions. She had said, “It was during my high school years when I felt that there was a difference between myself and those who were living a comfortable life. I felt like my spirit wanted something else; it couldn’t stand such an environment.”

Stepping into the path of struggle

Sorayya Abolfathi became aware of the People’s Mojahedin of Iran (PMOI/MEK) in the anti-Shah demonstrations in 1978-1979.

In 1979, she was admitted to the University of Tabriz and majored in biology. She joined the Muslim Student Society supporting the PMOI, selling newspapers, setting up bookstands, working in the association’s news section, and providing security in various ceremonies.

In July 1980, when the PMOI centers were shut down, Sorayya served in the department, which worked with people in various districts of Tabriz.

In February 1981, she was transferred to the PMOI’s publications center in Tabriz. She turned her own rented home into a publishing house by accepting all the related responsibilities.

When the nationwide resistance began on June 20, 1981, Sorayya took a new path. As the Khomeini regime killed freedom fighters day and night, she felt the most pressure upon hearing the news of the death of her comrades. Sorayya said, “Hearing the news hurts us deep inside and we have to move faster on the path of the struggle for freedom. My only wish is to fight in this field till my last breath.”

Arrest and imprisonment, a new test

On August 19, 1981, armed guards raided Sorayya Abolfathi’s hiding spot at midnight. Sorayya helped her husband escape, but she was arrested and taken to Tabriz prison. She was tortured, brutally and continuously, for 34 days.

One of her cellmates wrote, “When she was arrested, Sorayya introduced herself as a housewife. That is why they had taken her to the common women’s ward. However, after only a short time, her identity was exposed. Sorayya’s kindness always touched everyone in the ward. A German woman in our ward liked Sorayya’s personality and once told her, ‘When I am freed, I will talk about you in interviews on television and in magazines.’ And she did that. The German woman helped the PMOI financially as she was leaving the prison, saying, ‘I regret that I do not have more money to give you, but I promise to continue to give financial help to the PMOI outside of prison.’”

According to witnesses, most of the women and girls sentenced in Tabriz were subjected to specific types of torture. Mousavi Tabrizi, the religious judge of Tabriz at the time, would first ask the girls and women he prosecuted to marry him. In response to such a disgraceful offer, Sorayya slapped Mousavi, enraging him so much that he immediately issued her a death sentence.

Her interrogator, who had lost all hope of breaking Sorayya, told her, “We will kill you. Very easily. Unless you talk.” And Sorayya courageously answered, “I am just one person. Sooner or later, I will be gone. You think that with sending me to the gallows everything will be over. But that is a delusion. I will be executed, but in my place there will be thousands of others who will fight against Khomeini and his regime.”

The interrogators tried hard to break Sorayya’s spirit and force her to give up. They summoned her and told her to repent repeatedly. However, Sorayya held true to her beliefs. In her last answer to interrogators, she said, “I have nothing to say. I do not fear execution and will welcome my martyrdom with open arms.”

In her last visit with her mother, Sorayya Abolfathi hugged her and said, “Mother, I will be executed. I do not want you to cry for me after I am gone and I want you to be strong. The enemy must not see your tears.” And her mother promised her to do so.

After the visit, Sorayya returned to her ward with such a bright smile that her cellmates thought she had been freed. With a strong spirit, she told her cellmates about her decision to continue to struggle until her last breath and said, “This was my calling. It was something I had to prove and I hope it will satisfy God and our people.”

One of Sorayya’s cellmates wrote, “On Monday, September 24, 1981, at 10 a.m., Sorayya was summoned to court. It was 6 p.m. when she came back. She rushed into the cell, saying, ‘I have not prayed yet.’ I asked her, ‘what happened?’ In one word she answered, ‘execution!’ and hurriedly went to pray. There was absolute silence in the ward. When she finished praying, I asked her, ‘who called you?’ She answered, ‘Shojaii, Mousavi Tabrizi’s deputy. I waited for a long time before it was my turn. Because we have a lot of executions tonight. Everyone was there. Shojaii said, ‘You’re going to be executed.’ I told him that I knew that from the first day; martyrdom for God and the people is an honor. Then I came out of the room. The interrogator, Mehdizadeh, called me back. He talked to me for hours and told me to repent. I gave him the same answers as always.’ The cellmates told Sorayya to ask for a stay of execution for the sake of her unborn baby. But Sorayya determinedly answered, ‘If these people were true Muslims and human beings, they would know that they should not execute a pregnant woman. But I will never be beholden to them. Let them kill me just as I am, so their evil can be exposed.’ One of the cellmates asked, ‘Sorayya, aren’t you afraid of the gallows?’ She answered, ‘No! I will visit God and all of the other martyrs tonight. So why should I be afraid? And why should I not be happy?’

Then everyone recited something. Someone sang a Kurdish anthem, another recited a line from the Quran, and another recited a poem. Sorayya sang an anthem and hugged everyone in the ward. When I hugged her, she told me, ‘Whenever you want to remember me, just look at that bright star I showed you in the sky, and say that star is Sorayya. When you are freed, I want you to tell everyone to continue my path with more determination than ever. Because victory is ours. Visit my mother also and don’t let her be alone.’

In a letter to her husband, Massoud Zakeri, Sorayya showed her deep humane emotions: “A Mojahed (PMOI member) goes beyond her personal emotions and does what is necessary to give warmth and light to the lives of others, and thus accelerates evolution. A Mojahed brings love and beauty to her nation and this is what she loves. This is exactly why a Mojahed sacrifices everything in her life and chooses the path of struggle with all its hardships.”

Massoud Zakeri was arrested one year after Sorayya was executed. He was viciously tortured before being executed in Tabriz.

The night Sorayya was executed

On September 24, 1981, at 9 p.m., Sorayya Abolfathi was taken to write her will. One of the witnesses writes, “In Tabriz prison, the women’s ward was next to the prison clinic, and the firing squad field was next to the clinic. When they would take prisoners to be executed they would pass by our ward, and we would see their faces from the window. That night, I sat behind the window. The line of male prisoners who were going to be executed went by and they were chanting or joking with each other loudly. Many male prisoners were executed that night. At 11 p.m., it was the last person’s turn. Sorayya! When she reached in front of our ward she shouted, ‘Guys, I’m going, Goodbye!’ Then she chanted in Turkish, ‘When Hanif-Nejhad was being executed he said, ‘long live Islam, down with Khomeini, viva Rajavi, viva PMOI!’ When she reached the firing squad field, her chants were drowned out by the sound of gunfire. A few moments later, the ward’s agent scurried back down from the field with a white face. I asked him, ‘What were Sorayya’s last words?’ He answered, ‘She shouted a slogan and said hurry up and shoot me fast; I want to leave sooner.’

Sorayya Abolfathi was executed at the age of 20. She was 6 months pregnant at the time.

The misogynistic regime has shown its spite for Sorayya’s resistance by destroying her gravestone in the Rahmat Valley cemetery in Tabriz. The only remains of her grave are the cement, upon which Sorayya’s name can barely be seen.

Mr. Massoud Rajavi described Sorayya Abolfathi as a hero whose legendary resistance overshadows the harrowing scene of her execution

The Public Relations Office of the Intelligence Ministry recorded the execution of Sorayya Abolfathi and 34 other PMOI members. Kayhan newspaper published their names on September 28, 1981.