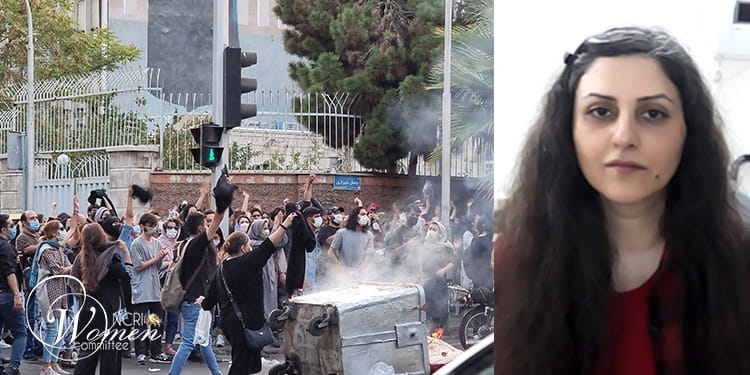 On the 12th day of Iran protests which have continued in Tehran and other major cities, the number of those arrested is estimated to be 12,000. Hundreds of students, dozens of journalists, and many human rights and civil activists are among those arrested. The world must take meaningful action to stop the brutal crackdown on protesters.

The wave of arrests of protesters

The number of those arrested exceeded 12,000 on the 12th day of the Iran protests, which have spread to 162 cities. The protests continued with full strength in dozens of Tehran districts and other cities, including Mashhad, Kermanshah, Shiraz, Sanandaj, Yazd, Karaj, Jam (Bushehr), Firuzabad (Fars), Gohardasht (Karaj), Pardis (Karaj), and Chabahar.

The clerical regime shut down the internet, mobilized its troops, and stationed them in various parts of cities to quell the uprising. They brutally crackdown on protesters and have made widespread arrests.

They also do house-to-house searches to identify student activists and take them to jail.

Human rights and civil activist, Golrokh Ebrahimi Iraee, was arrested in Tehran by agents of the Intelligence Ministry on Monday, September 26, 2022. They ransacked her house and confiscated some of her personal belongings before taking her to an undisclosed location. It is not clear why Ms. Iraee has been arrested.

The former political prisoner has been arrested and imprisoned several times since 2014. She had been recently released from Amol Prison on May 9, 2022.

Sanaz (Saba) Razavifard was transferred from the notorious Sepidar Prison of Ahvaz to the detention center of the Intelligence Department of Behbahan on September 26, 2022.

Ms. Razavifard was arrested with two other women and 40 men during the protests in Behbahan on September 22, 2022. Behbahan is one of the cities of Khuzestan Province, southwestern Iran. It was one of the centers of protest during the November 2019 uprising.

Elmira Bahmani, a women’s rights activist, was arrested by intelligence services in Rasht, the capital of Gilan Province, on September 26, 2022. Intelligence agents broke into her house and took her to an unknown location without presenting an arrest warrant.

Two journalists residing in Sirjan, in the southern Kerman Province, were arrested on Thursday, September 22 during the anti-regime protests in this city. The two journalists, Batool Balali and Samira Alinejad, are presently detained in the Prison of Sirjan.

Another journalist, Niloufar Hamedi, was arrested and detained on September 22 during the protests in Tehran. In a telephone call to her mother and husband on September 26, she said that she was being detained in solitary confinement.

Yalda Amiri, a journalist, and a photographer, who had been arrested in the early days of the protests against the death of Mahsa Amini has called home to inform her family of the horrible conditions in which she is detained in Qarchak Prison. She said more than 100 women are detained in a hall without ventilation or any basic facility.

According to Kurdish sources, intelligence agents arrested Paria Mortazavi in Sanandaj on September 21, during anti-regime protests in this city. She is detained in an undisclosed location.

In the meantime, political prisoners Zahra Mohammadi and Zhina Modarres Gorji have gone on a hunger strike in the Reform and Rehabilitation Center of Sanandaj in protest of the degrading treatment of detainees arrested during the nationwide protests and demand their unconditional release.

Mahsa was a young Kurdish woman who was violently arrested on Tuesday, September 13. She died at 3.40 p.m. Friday, September 16, 2022. Mahsa (Zhina) Amini, 22, from Saqqez, Iranian Kurdistan, had traveled to Tehran to visit her relatives in the capital.

Only two hours after the arrest, she went into a coma. She was taken to Kasra Hospital, where doctors said she had suffered a heart stroke and brain hemorrhage. The heavy blows to her head fractured her skull.