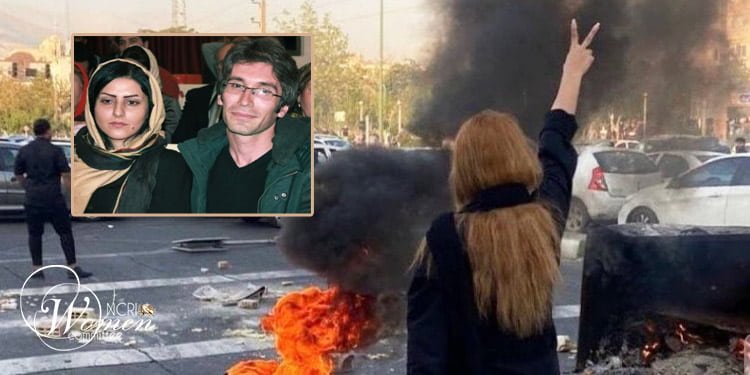 60 women among those arrested in Gilan, N Iran

The clerical regime’s IRGC, SSF and army have focused on Sanandaj and other cities in Kurdistan to crush the courageous resistance of its people.

Tehran, the hub of protests

Despite the shutdown of the internet, reports are coming from numerous districts in Tehran. Young people hold protests every night from Naziabad and Mowlavi in the south, to Shariati, Valiasr, and Sattarkhan in downtown and Tehranpars in the east. They confront the suppressive forces by hurling stones at them.

During the day, people also hold protests chanting “death to the dictator,” “death to Khamenei,” and “Death to the oppressor, be it the shah or the mullah” in the metro stations and streets. Women are indispensable to these protests.

Students are vocal in all universities and the regime has not been able to quash their protests despite arresting many students and attacking their dormitories.

In Karaj, the fourth largest metropolis in Iran, young people hold protests every night. Women are particularly active in this city and its counties.

Bazaar merchants and workers join in

Merchants and shop owners in at least 12 cities went on strike on Day 27.

Workers in the oil and petrochemical industry have joined Iran protests for four days.

Ruthless clampdown to quash the protests

The clerical regime has made widespread arrests and vowed to be decisive in dealing with “rioters.”

The mullahs’ Chief Justice, Mohseni Ejei, told his judges to avoid having mercy on anyone or issuing weak verdicts.

The mullahs’ Education Minister acknowledged that they had arrested students under 18, while refusing to mention their numbers. He said they are sending them to rehabilitation and psychiatric centers for correction. (Siasat state-run daily, October 11, 2022)

Some reports indicate that they detain young protesters among drug addicts, to make them addicted to narcotic drugs.

Regime officials have confessed that some 60% of protesters are teenagers, many between 15 and 17 years old.

Security forces are predictably going to arrest more girl students, as they have been searching for activists in girls’ high schools over the past days.

In other news, it was reported that some 2,000 protesters have been detained in the Greater Tehran Penitentiary, a notorious prison where inmates are tortured to death and the wounded are left to die without treatment.

The commander of the State Security Force in Gilan, northern Iran, announced that they had arrested 739 protesters, among them 60 women.

A principal arrested for protecting her students

Agents of the Intelligence Ministry arrested the principal of a girls’ school in Karaj, for refusing to hand in and erasing their CCTV recordings to protect her students who had held protest at school. The principal, Ms. Oghabneshin, was arrested at work and transferred to an undisclosed location on Tuesday, October 11, 2022.

Security services reportedly transferred political prisoner Golrokh Ebrahimi Iraee from Qarchak Prison to an unknown location on Monday, October 10, 2022. Agents said they were taking her to the detention center of the Intelligence Police in Tehran.

Agents of the intelligence services broke into Ms. Iraee’s residence on September 26. They entered her room, kicked her in the stomach and threw her to the cabinet in her room. They ransacked the house and confiscated some of her belongings.

Golrokh Ebrahimi Iraee was feeling pain in the back and abdomen when she briefly called home on October 2. At the time, she had not yet been arraigned of her charges.

Later, it was reported that she was charged with “assembly and collusion, as well as propaganda against the state” through her activities in her social media accounts.

Golrokh had been released from prison in April after finishing her second jail sentence.

Two weeks later, her husband, Arash Sadeghi was also arrested by the intelligence services on morning of October 12.

Mr. Sadeghi suffers from cancer and is unfit to tolerate prison conditions.