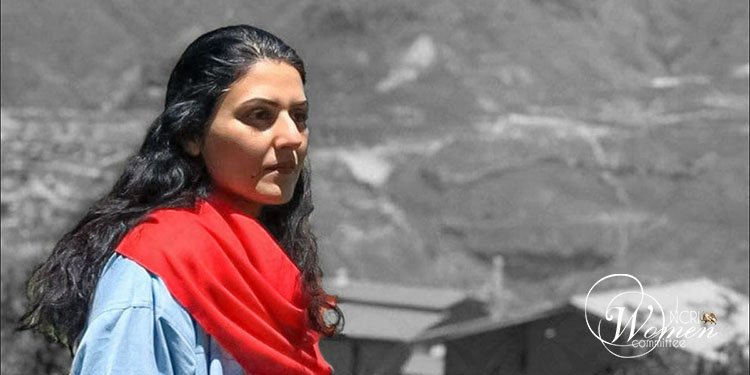 In a letter from Amol Prison, political prisoner Golrokh Ebrahimi Iraee has challenged the Iranian regime’s Judiciary for speeding up the execution of death penalties in recent years.

She protested in the letter the expedition of what she called state-sponsored murders based on a law passed in 2019 under Ebrahim Raisi, as the head of the Judiciary.

Golrokh Ebrahimi Iraee condemned the regime’s handing down of “retribution” verdicts which sanction systematic murder of people “on any charge” and “under any pretext.”

As she said in her letter, Ms. Iraee is trying harder to stop the death penalty because she has lived with the victims of retribution and witnessed their pain in the final moments of their lives.

What is the intention behind the expedition of the execution of the retribution sentences? Is it to decrease the number of those imprisoned or to expedite state-sponsored murders? Is it improvement of the situation or getting rid of the problem?

In 2019, when Ebrahim Raisi still headed the Judiciary, he revived a law on prisoners with retribution sentences which expedited the execution of their death decrees.

By the end of the year, we witnessed many death sentences in prisons across the country.

Since winter 2020, many convicts have been hanged because of the expedition of their cases. However, in recent years, convicts did not have sufficient time to appeal their sentences.

In the past, the procedure for examining murder cases used to take several years.

The length of time helped the convicts to have time to contact the plaintiffs, and in some cases, they managed to receive their consent and escape death.

While Iranian laws sanction state-sponsored murders, we can see that the death sentences have not helped prevent the crime. Using ambiguous terms such as “corruption on the Earth,” these laws continue to take lives in a bid to clean the Earth from corruption.

It is inconceivable that the retribution law would be revised so long as religious despotism continues to rule. Therefore, its state-sponsored murder machine continues to operate perpetually.

In the meantime, the regime promotes violence through the state media and schools. It educates people to take revenge from childhood.

Golrokh Ebrahimi Iraee accused the clerical regime of putting the burden of execution on the victim’s family and thereby hiding behind private plaintiffs. She went on to explain why she was raising this issue at this time:

By raising this issue in the present circumstances, we seek to launch a campaign to protest (the law), expediting the implementation of retribution verdicts. The suspension of this law could postpone deaths and occasionally lead to amnesty for the convicts.

The Islamic Republic launched its killing machine when it seized power in Iran from the outset. It murdered political opponents, armed robbers, drug traffickers, murder convicts, etc., executing many over the years by sending them before the firing squads or to the gallows.

One must condemn the systematic killing of people under any pretext and for whatever charge. It must be omitted from the laws. There have always been objections to the death penalty. Now, expediting the implementation of the death sentences and procedure of examining the cases of retribution and hasty carrying out of their death sentences takes away every hope and creates horrifying circumstances for the convict.

I have lived with women sentenced to retribution and witnessed their pain in the last moments before walking to their deaths. These experiences have made me try harder to eliminate the cause of their pain.

In conclusion, it is fitting to remember Farzad Kamangar, the teacher killed 12 years ago by the state killing machine and deprived us of enjoying his worthy existence.

We will stand like him until the overthrow of tyranny and eradication of all oppression and oppressors.