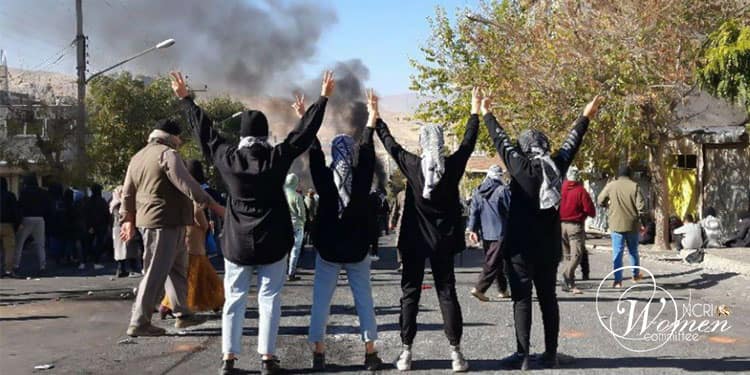 Women are at the forefront of protests in Mahabad

Monday, November 21, 2022, on Day 67 of the Iran uprising, Kurdish cities have put up courageous resistance against the regime’s attacks despite the IRGC’s massive military clampdown. Young people have already started their nightly demonstrations in different parts of Tehran and other cities, and student protests have continued in dozens of universities.

In Mahabad, Javanrud, and other Kurdish cities, despite the regime’s heavy military attack on defenseless and unarmed people, their courageous resistance continues. They stand against the regime’s mercenaries at any cost. The people of Mahabad had brought the entire city under their control on Saturday, November 19.

Women protested in a Tehran subway with slogans of “death to the dictator.” They forced out a Basiji mercenary from another subway train.

The clerical regime has launched massive attacks with heavy and semi-heavy weapons on Kurdish cities in western Iran since Saturday to suppress the courageous resistance of the Kurdish people.

Security forces and special units entered Mahabad with military weapons and armored vehicles on Saturday night, November 19. By cutting off the city’s electricity, they continuously shot at people in the streets and their homes. The security officers extensively damaged and destroyed people’s shops and houses and made widespread arrests. The attack on Mahabad continued until Sunday.

On Monday, November 21, 2022, the IRGC marshaled its troops with armor and helicopters to the western provinces. Eyewitnesses reported that military forces shot the youths and women of Javanrud (Kermanshah province) using light and semi-heavy weapons. A citizen said they were targeting the defenseless people of Javanrud with Dushka semi-heavy machine guns. Helicopters are hovering over the city.

The people of Javanrud rushed to the hospitals to donate blood.

Despite this heavy crackdown, people’s courageous resistance in these cities continues with the utmost bravery.

Attacks on students and universities

In the early hours of Saturday morning, November 19, security forces attacked the dormitory of medical students in Isfahan. They arrested many students after severely beating the dormitory’s guard who had resisted them.

Before that, on Thursday, November 17, special forces and security forces attacked the Kharazmi Library of Shiraz University, violently arresting at least one student, who was dragged on the ground and out of the library.

On November 16 and 17, security forces attacked the Razi University of Kermanshah and its girls’ and boys’ dormitories. They arrested about 120 students and transferred them to the dreaded Dizelabad prison in Kermanshah.

Ms. Kashani Nejad suffered a miscarriage due to the violent beating. She also suffered a fracture in her shoulder. She was denied access to appropriate medical services in the Central Prison of Mashhad quarantine.

Currently, at least 86 women arrested during the protests in Razavi Khorasan Province are being held in quarantine at the Central Prison of Mashhad under harsh conditions. Ten of these women have been punished by transferring them to the general ward, which lacks basic facilities.