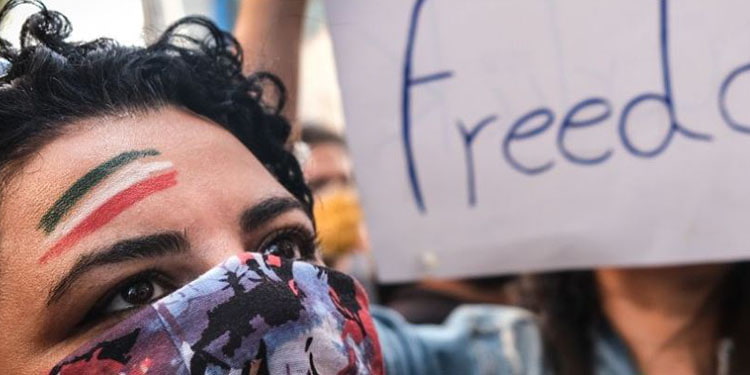 The spokespeople for the UN High Commissioner for Human Rights, Volker Türk, delivered his statement in Geneva on November 22, 2022. Jeremy Laurence and Liz Throssell announced:

High number of deaths, including children

UN Human Rights Chief Volker Türk says the rising number of deaths from protests in Iran, including those of two children at the weekend, and the hardening of the response by security forces, underline the critical situation in the country.

We urge the authorities to address people’s demands for equality, dignity, and rights – instead of using unnecessary or disproportionate force to suppress the protests. The lack of accountability for gross human rights violations in Iran remains persistent and is contributing to the growing grievances.

Bodies not handed over to families

Of particular concern is the authorities’ apparent refusal to release the bodies of those killed to their families or making the release of their bodies conditional on the families not speaking to the media or agreeing to give a false narrative on the cause of death.

At least six sentenced to death

Thousands have been detained throughout the country for joining peaceful protests. At least six people connected to the protests have been sentenced to death on charges of moharebeh or “waging war against God”, or efsad-e fel-arz or “corruption on earth”.

At the same time, a growing number of people, including Iranian celebrities and sportswomen and men who have expressed support for the protests, have been summoned or arrested.

We remind the Iranian authorities that under international human rights law, they have the obligation to respect and ensure the rights to peaceful assembly and to freedom of expression.

We call on the authorities to release all those detained in relation to the exercise of their rights, including the right to peaceful assembly, and to drop the charges against them. Our Office also calls on the Iranian authorities to immediately impose a moratorium on the death penalty and to revoke death sentences issued for crimes not qualifying as the most serious crimes under international law.

Subtitles and links are from the NCRI Women’s Committee website.