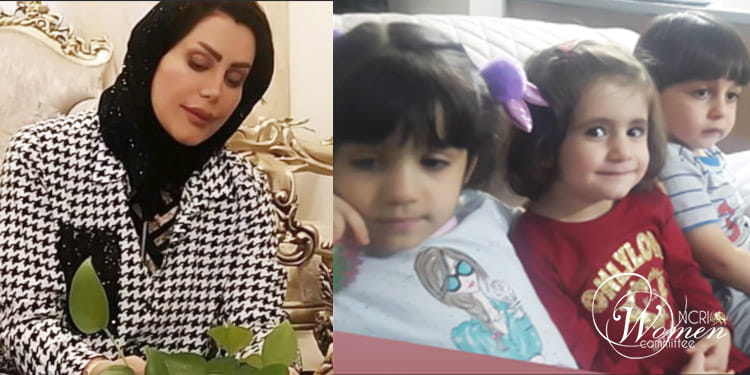 Various sectors of the Iranian nation continued their protests and strikes on Day 77 of the nationwide Iran uprising on December 1, 2022. The clerical regime has been unable to quash the protests despite horrendous brutality and massive arrests, arbitrary detentions, and abductions.

In Tabriz, Clinical students of Al-Zahra Hospital and some of their professors held a protest. Tehran University’s School of Technology students also went on strike, boycotted their classes, and held a sit-in.

Isfahan, nurses, farmers, drivers and truck drivers of the Refinery, and workers of the water Company also went on strike.

Indiscriminate shooting into residential units takes a toll on innocents

Wednesday night, November 30, news broke out on social media that a six-year-old girl named Bita Kiani was shot in the eye by state agents using pellet guns. She was playing on the balcony of their house in Malekshahr, Isfahan.

Social media also reported that a flight attendant had been shot to death by security forces. Sanaz Keshavarz was targeted in Karaj on Saturday, November 26, 2022. She worked with Mahan Airlines.

Death sentence for a volleyball coach, mother of three

Unconfirmed social media reports say Fahimeh Karimi, a volleyball coach and the mother of three young children, has been sentenced to death. Mrs. Karimi was arrested in Parkdasht. She is accused of leading the protests and of beating a member of the paramilitary Bassij during the protests in Pakdasht.

She was detained in Evin Prison but recently moved to the Khorin Prison in Pakdasht.

Security forces arrested Siran Hormozi at her home in Bukan on November 28, 2022. It is not yet clear what charges and where she is detained.

Nazi (Fatemeh) Habibi was arrested by security forces while walking on Tehran street. She was taken to the notorious Qarchak Prison. Ms. Habibi is a graphic designer and a theatre actress. She has been deprived of access to her medicines and of meeting with her lawyer. The situation has aggravated her illness and concerned her family.

Mina Bukaii was arrested in Tehran’s Naziabad district on November 21, 2022. Before being arrested, she had received anonymous calls threatening her with arrest and rape.

Mina Bukaii was born in 1999 in Sanandaj and is accused of leading the protests.

Three Tehran residents named Sepideh, Pegah, and Partow Shahvandi were arrested during protests in Behesht-e Zahra Cemetery on November 20. All three are presently incarcerated in Qarchak Prison without standing trial.

Agents of the IRGC Intelligence arrested Maryam Tahmasbi in the street as she returned home from work on November 15. She has remained in detention since then. Due to respiratory problems, she was sent from the IRGC detention to Adelabad Prison in Shiraz after three days. No one knows yet of her charges or whereabouts.

Neda Mohseni was arrested during a protest in Isfahan in October. She has been tortured to make false confessions against herself. Born in 1988, Neda Mohseni is a sociologist and Iran site-seeing tourist living in Isfahan.

Niloufar Shakeri, 29, was arrested at her residence in Karaj on October 10, 2022. Her detention was initially supposed to be only 30 days, but she has not been released for two months. Security services have prepared a heavy file for her. Her trial is going to be convened on January 5.

Plainclothes agents arrested Roshanak Molaii Alishah in Tehran on September 27. She was severely beaten, insulted, and threatened when she was taken to court. She must serve five years and eight months in prison. On Tuesday, November 29, she and Golrokh Ebrahimi Iraee were transferred from Qarchak Prison to Evin Prison. Roshanak has no contracts with her family, and they are concerned about her condition.