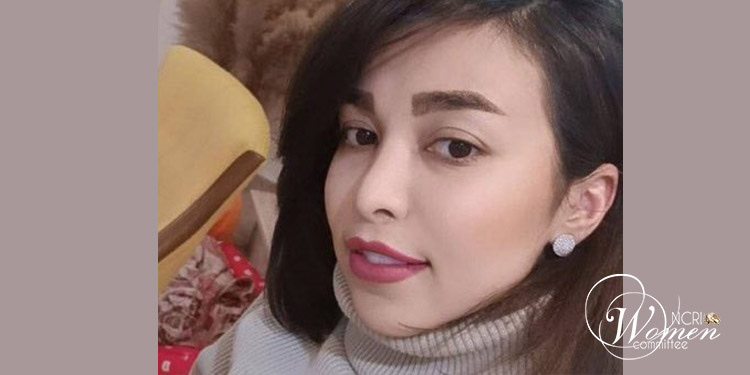 Farnaz Hosseinzadeh was sentenced to 4 years, eight months of imprisonment, and 74 lashes by Branch 26 of the Tehran Revolutionary Court.

Farnaz Hosseinzadeh, 30 years old, from Tehran, and a clothing designer, was arrested by the security forces on Sattar Khan street in Tehran on October 26, 2022, during nationwide protests and taken to Evin prison. After 20 days, Farnaz Hosseinzadeh was transferred from the Ministry of Intelligence detention center, Ward 209 of Evin Prison, to Qarchak Prison. On December 24, 2022, she was temporarily released from Qarchak Prison after posting a bail of 800 million tomans. On January 16, 2023, Branch 26 of the Tehran Revolutionary Court sentenced Farnaz Hosseinzadeh to 4 years, eight months of imprisonment, and 74 lashes on charges of “disturbing public order” and “assembly and collusion against national security.”

Branch 36 of the Isfahan Court of Appeal sentenced Narges Hosseini to 4 months in prison.

Narges Hosseini was arrested by the security forces in Kashan (one of the cities of Isfahan province) on September 21, 2022, and was taken to Kashan Prison. On December 26, she was released from Kashan Prison after posting a bail of one billion tomans. Previously, on November 20, 2022, the Revolutionary Court of Kashan had sentenced Narges Hosseini to 3 years and one day of imprisonment on the charge of “membership in a group or association with the aim of disrupting the country’s security,” and to 7 months and one day on the charge of “propaganda against the state.”

However, the appeals court of Isfahan province acquitted her of the charge of “assembly and collusion.” It sentenced her to four months in prison for “propaganda against the state.” Narges Hosseini was previously arrested and convicted due to her activities.

Sara Siahpour, an activist of the teachers’ union in Tehran, was sentenced to 6 years in prison and two years of ban on leaving the country and social deprivation by the 15th branch of the Tehran Revolutionary Court. If this verdict is approved in the appeal stage by applying Article 134 of the regime’s Penal Code, the harshest punishment, i.e., five years imprisonment, will be applicable.

The security forces arrested Sara Siahpour outside her home on August 24, 2022, and she was released on Saturday, September 3, after posting bail.

The court hearing of the charges was held on January 2, 2023, without the presence of a lawyer, and the verdict was delivered to Sara Siahpour on January 16.