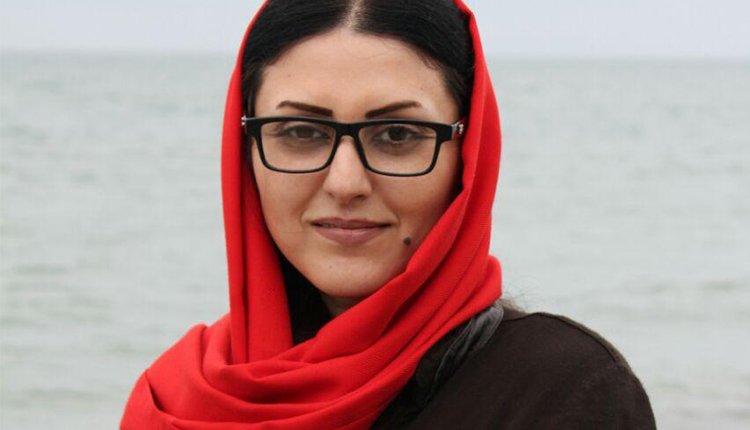 Golrokh Ebrahimi Iraee writes from prison: We were lashed but we stood

Political prisoner Golrokh Ebrahimi Iraee sent out an open letter from the Women’s Ward of Evin Prison enumerating the ups and downs of the struggle of the people of Iran and their pains and sufferings. Following are excerpts of her letter:

We, who tolerated the pain, the poverty, the fall into the depths of fundamentalism, and over a century of tyranny. We, who were lashed but stood up. We, who lost our people but survived. We, who spread our empty tablecloths but carried on.

By the grave of our pens, we sang the song of freedom and did not relent. Now we are pounding at the shaky walls and the trembling pillars of fundamentalism. Until the cracks in the wall of theocracy are widened, we shall stand, even if the hangman’s poisonous dagger pierces into our body intent on our lives.

We are standing with the porters of Kurdistan who are shot by bullets, and we burn with the environmental activists. We set up classrooms in sheds with Baloch children and warmed up our frozen hands with the thoughts of the trailers promised to the quake-stricken people in Kermanshah.

We collapsed with the Mehr housing units, and we were finished with the country’s treasury. Along with Khuzestan, we filled our lungs with haze and tolerated batons and went to the gallows along with the Dervishes.

We still bear the scars of lashes of injustice in the 1980s. We were repeatedly stabbed in the chain killings, and we tasted the taste of deception in the 2009 uprising and were driven back to our homes.

Along with religious minorities, we were deprived of our citizen rights, our cemeteries were plowed, we were incarcerated, and forced to leave our homeland. Suffering a common pain with thousands of fellow compatriots, we had to look on as our properties were being confiscated.

We suffered in agony with the girls in Shin Abad, lost our hands and feet in student camping, and were sent to hospital or cemetery. At the university dormitory, we were brutalized, forcibly disappeared, and imprisoned. We paid the price of empty currency reserves, plundered budget, bankrupt economy, skyrocketing inflation and fluctuations of the market with a slap on our cheeks. And we watched the same old story in brief shows in the media and were saddened by the bitter and repetitive tragedy of execution of handpicked victims.

We tolerated flagrant disability and mismanagement which led to poverty, repression, international ill repute, disgrace and degradation to the lowest ranks and elevation to the highest peaks of corruption, depravity and cultural poverty… We were hanged under the name of terrorists, hypocrites, ISIS, and atheist, we were interrogated and deprived of the right to education.

But we continued to seek our rightful demands – until the freedom of parties, guilds and unions is realized, until the death penalty is abolished, until all political prisoners and prisoners of conscience are released, until the erosion of the monopoly imposed on the media, until the sham courts are disbanded and the repressive atmosphere in society is removed, until privatization of public entities is terminated and the properties of the poor are returned to them.

Even if we are imprisoned again and again, we continue to stand up for our rights in these tumultuous days when every protest is responded to with imprisonment, torture, assassination and execution.

From the depths of fire and blood, we give the glad tidings of dawn to the masses, and the promise of freedom of the Iranian people. Our tradition is fighting for our rights even if our faces are covered with blood, the mask of deception and hypocrisy will be removed from their faces.

May we destroy the crown of tyranny.

Women are the Force for Change, 50 years and on