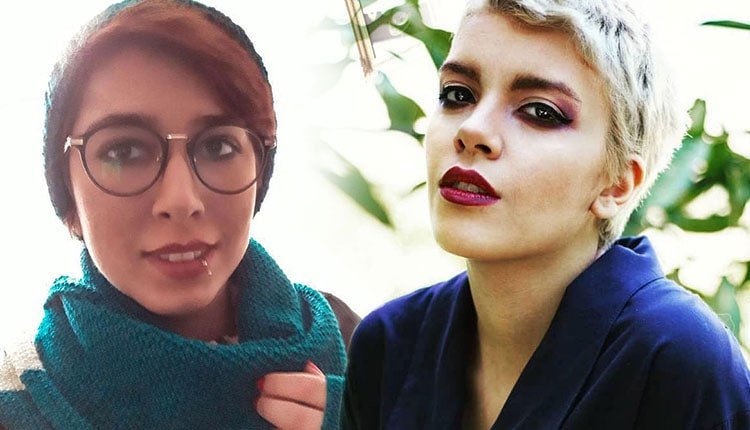 After being released from Evin Prison, two female political prisoners, Saba Kord Afshari and Yasaman Aryani declared that being granted amnesty for their release was only a spectacle by government officials.

Saba Kord Afshari and Yasaman Aryani were arrested in Tehran during the protests in August 2018 and taken to Qarchak Prison. They were later transferred to Evin Prison. In an interview after their release, they spoke about prison conditions and the crimes against imprisoned women.

Saba Kord Afshari said, “When I saw the situation of prisons closely, especially in Qarchak, I came to the conclusion that we in Iran only have the name of human rights. In fact, in Iran, there are no rights for humans, let alone respecting human rights in the prisons.”

Regarding being granted a sham amnesty, Yasaman Aryani said, “For me, this amnesty was a show. Because they want to show a good image of themselves to the international community. They want to say that we are granting amnesty to political prisoners and those who speak against us. Only 2 months were left until the end of our sentence. While Maryam Akbari Monfared has been in prison since 2009, she was sentenced to 15 years’ imprisonment and still has to remain in prison or, for example, Fatemeh Mosana should be released according to their own law, but they want to keep her in prison until 2030.”

Saba Kord Afshari said added, “Unfortunately, I have to say that during the short time of my arrest and imprisonment, things happened that lead me to become pessimistic about the behavior of the authorities. They pardoned me and two other friends in the women’s ward of Evin, who was sentenced to less than a year in prison. However, we are not satisfied with this amnesty. During the time I was in prison, they raised new charges for Atena Daemi and Golrokh Iraee. We hope that the new charges will be acquitted, otherwise, it will add a few more years of imprisonment to their sentence, which is really painful.”