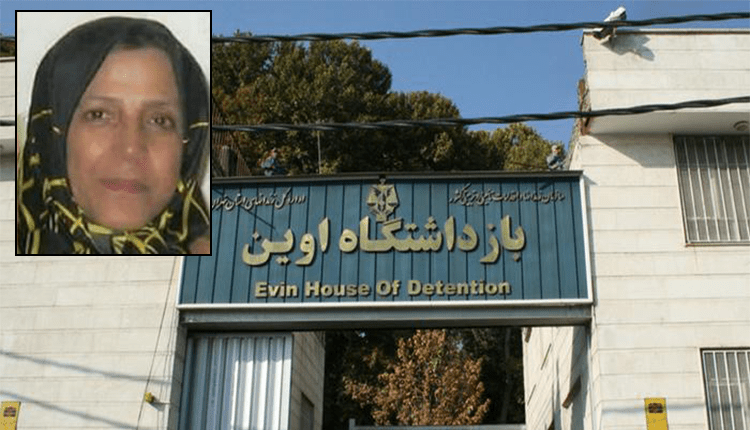 Former political prisoner, Fatemeh Ziaii Azad (Hoorieh), 56, was transferred to Women’s Ward of Evin Prison on Tuesday, April 9, 2019 to serve one and a half years.

Fatemeh Ziaii Azad, who formerly served five years (1981-1986), was charged with supporting the opposition People’s Mojahedin Organization of Iran (PMOI/MEK). She was also jailed on January 21, 2009. and released in early winter of 2010 for “going to the Mojahedin’s base in Iraq” to visit her two daughters.

She was once again arrested on June 8, 2013, but was released from Evin Prison on October 17, 2013, due to her age, her suffering from MS and dire physical condition.

Fatemeh Ziaii Azad was arrested again in early autumn of 2014 along with her husband Mahmood Azimi. Mr. Azimi was freed in late autumn 2014, and Fatemeh in mid-winter of 2015, on a 100-million-toman bail, each.

Following the event, Fatemeh Ziaii Azad was sentenced to 1.5-year imprisonment. The verdict was endorsed by the revision court and she is now serving her time.

In another event, Raheleh Rahemipour is to pay 80 million rials to buy her prison term. She was sentenced by Tehran’s Revolutionary Court on charges of “propagating against the establishment” for corresponding to UN about the fate of her brother and her niece. She is sentenced to one year in prison.

The decree was issued by the revision court on April 9, 2019.

As the UN Working Group on Enforced or Involuntary Disappearances started to look into her complaint and inquired the Iranian regime about her brother and niece, the regime began pressuring her.

Ms. Rahemipour’s brother, Hossein Rahemipour, a dentist, was arrested along with his pregnant wife in 1983. In spring of 1984 the Rahemipour family was informed that the child, Golroo, was born in Evin Prison but had later died. In late summer of the same year, Hossein was executed. His death was announced to his family by phone.