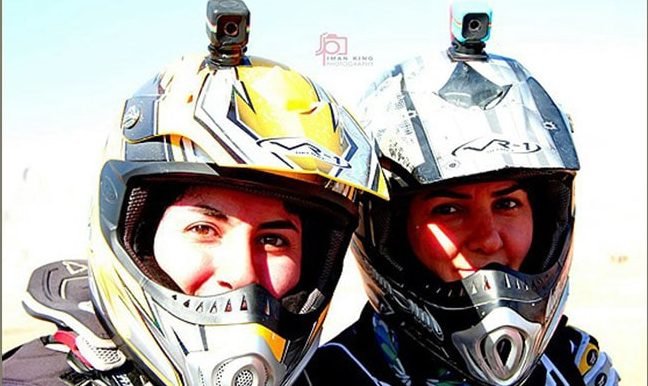 The Iranian regime continues to make arbitrary arrests and issue heavy sentences for women of Baha’i faith. They are also deprived of having a job or studying for higher education at universities.

Shahrzad Nazifi, a Baha’i citizen and champion of women’s motocross in Iran, has been deprived along with her family of participating in any competition, after being arrested in November 2018. She is also banned from training others in this field. Ms. Nazifi’s daughter, Nora Naraghi, who is also a top moto-crosser, has been deprived of any athletic activities along with her mother because of her faith.

Noteworthy, Ms. Nazifi has been deprived of her activities without any official judicial verdict.

On Monday, May 6, 2019, a court in Bushehr sentenced Baha’i women Minoo Riazati, Ehteram Sheikhi, Farideh Jaberi and Pooneh Nasheri, to three years in jail, each. The Iranian regime’s security forces have arbitrarily arrested these women for their faith in February 2018.

A Baha’i woman from Semnan, Yalda Firouzian, was arrested on May 1, 2019, by security forces and transferred to an unknown location. Before her arbitrary arrest, her house was thoroughly ransacked and her personal belongings and electronic device were confiscated.

A large group of girl students who had passed the college entrance exam 2018 were not admitted to university and were deprived of continuing their education just because of their faith.

Baha’i citizens in Iran are systematically deprived of their human rights while according to article 18 of the Universal Declaration of Human Rights and article 18 of the International Covenant on Civil and Political Rights, “everyone shall have the right to freedom of thought, conscience and religion.”

On May 1, 2019, civil and women’s rights activist, Mojgan Keshavarz, was transferred to the notorious Qarchak prison in Varamin. She is now confined in Ward 7. Ms. Keshavarz was beaten at home in front of her 9-year-old daughter and arrested by security forces.