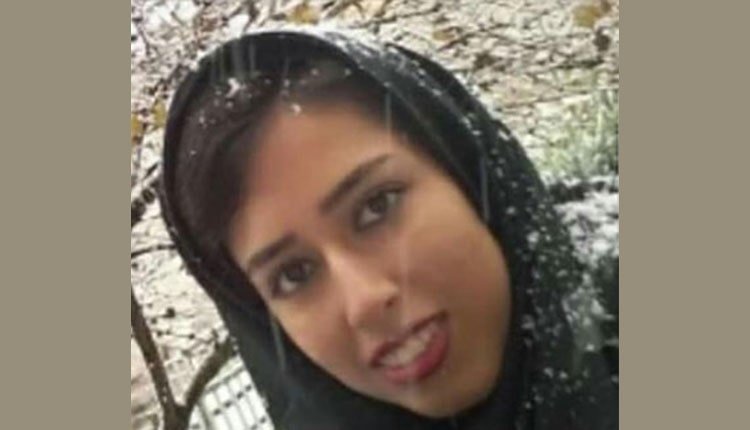 Civil activist and former political prisoner Saba Kord Afshari has been rearrested. She had been released from Evin Prison in just recently in February 2019.

Holding her arrest warrant, security forces went to the residence of Saba Kord Afshari in Tehran on Saturday, June 1, 2019. They inspected the house, confiscated some of her personal belongings including her cellphone and laptop computer, and took her to the detention center on Vozara Avenue.

Saba Kord Afshari’s mother said, “After 1.5 hours of inspecting the house, they took away Saba.” The agents even handcuffed Saba’s mother and threatened to arrest her.

Saba Kord Afshari was arrested along with Yasamin Ariani during the protests in Tehran in early August 2018, both of whom were sentenced to one-year prison. The two young women were transferred from Qarchak Prison to Evin after their verdict was issued.

Mrs. Massoumeh Nemati, mother of political prisoner Atena Daemi, said she was concerned about her daughter’s health condition as she has not been allowed to go to hospital for treatment. Mrs. Nemati said her daughter had been summoned to court. “Unfortunately, her lawyer was neither allowed to study her case nor even to visit her. Atena’s lawyer was not present in the court, either and essentially, he had not been informed of the court date. According to what Atena told me on the phone, she had been criticized for her head covering before entering the courtroom. My daughter said the indictment against her said according to their investigations and testimonies of eyewitnesses, Atena Daemi and Golrokh Iraee were incriminated and the head of Evin’s Prosecutor’s Office had asked for their punishment. Atena was told that her letters and statements from inside prison were the bases for her being accused of propaganda against the state. Another charge against them is insulting the leader which has been based on an incident in the visitation hall when she and Golrokh Iraee were singing an anthem and chanting slogans.”

Nahid Shaqaqi continues to be held in detention

Women’s rights activist Nahid Shaqaqi who is among the arrested members of Iranian Women’s Voice Association, continues to remain under interrogation in the Intelligence Ministry Ward 209 in Evin Prison, 16 days after her arrest.

Her brother, Kaveh Shaqaqi, wrote in his Instagram, “My sister, Nahid Shaqaqi, is in limbo despite passage of two weeks after her arrest. Prison authorities do not respond to my family’s repeated inquiries. This is while Nahid’s backbone hurts. In her last call from prison, she complained of severe pain in the backbone due to sitting for lengthy hours under interrogation.”