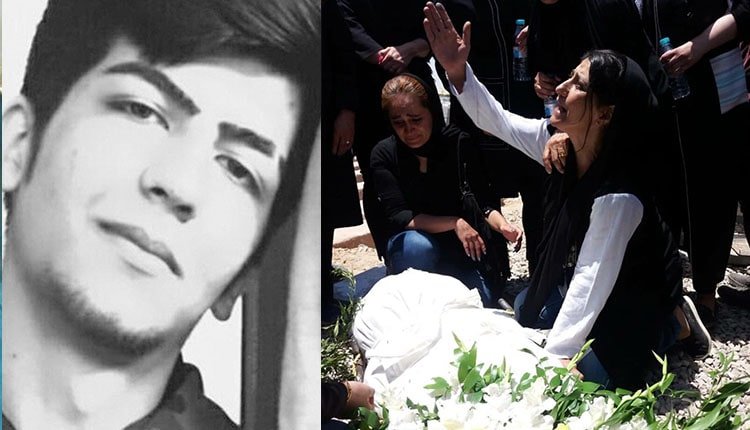 Iranian women turned the funeral procession of political prisoner Alireza Shir-Mohammad-Ali into an occasion to seek justice for innocent victims of persecutions in Iran.

On Friday, June 14, 2019, the funeral procession and burial of political prisoner Alireza Shir-Mohammad-Ali was held at Behesht-e Zahra cemetery south of Tehran.

The 21-year-old political prisoner was viciously stabbed to death on June 10, 2019, in a premeditated plan by two inmates recruited by authorities of Greater Tehran’s Penitentiary, aka Fashafouyeh Prison.

The funeral procession of Alireza Shir-Mohammad-Ali was held under repressive conditions as a large number of security forces and plainclothes agents were present at the cemetery. In addition to the victim’s family, however, a group of mothers of martyrs and political prisoners participated in this ceremony. Some women asked Alireza’s mother to be brave and stand up to uphold the flag of her slain son, by joining the Call-for-Justice movement of mothers of martyrs. 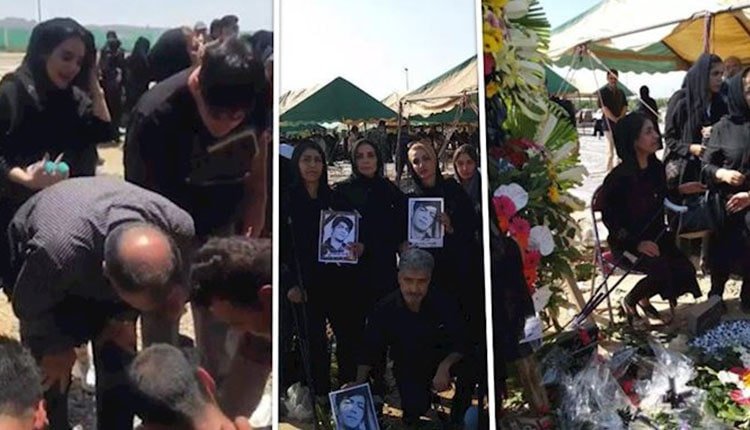 One of the women participating in this funeral procession, told Alireza’s bereaved mother, “Aren’t you proud (of your son)? You are not alone. You are not on your own. Look at Sattar Beheshti’s mother. Look where and how she lives. What is her source of income with that skinny figure? I urge you to become a mother like the mother of Sattar Beheshti[1] if you want to keep your son’s blood from being wasted… When you are strong, when you stand upright like a cedar, when you become one like the mother of Mostafa Karimbeigi,[2] or like Gohar (mother of Sattar Beheshti), then you can rest assured that throngs of people come behind you…

“My fellow countrymen, my fellow citizens who speak the same language and believe in the same religion, I urge you to not just gather here, regret the death her son, just ask God to have mercy on him. No! Death comes for all of us and nothing gets right with regrets. When a mother, like you, stands up, a little sapling like me can become a cedar and protect you under my shade. But if you break, I become nothing. Do not ever doubt this.”

[1] Sattar Beheshti, 35, was a worker and a web blogger who wrote articles critical of the government. He was arrested at home on October 30, 2012, and killed under torture after only four days. Ever since Sattar’s death, his mother and sister have become outspoken critics of the large number of executions in the country and the absence of freedom of expression.

[2] Mostafa Karimbeigi was slain on December 27, 2009, on the streets of Tehran at the climax of anti-regime uprisings that year.