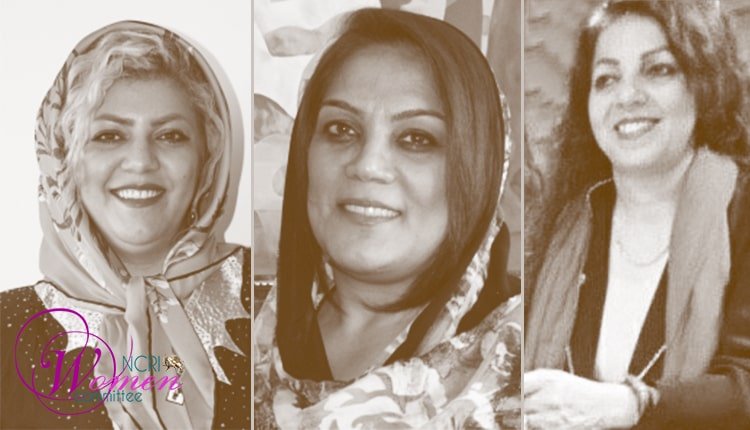 Intelligence agents broke into the residence of Maryam Mohammadi on Sunday, June 16, 2019. After a thorough inspection of the house, they confiscated her two sets of cellphones, and told her to report to the Prosecutor’s Office at Evin Prison on Tuesday, June 18, 2019. Since Ms. Derkaleh was not home, they handed her summons to Ms. Mohammadi.

On Wednesday, June 12, 2019, intelligence agents referred to the residence of women’s rights activist Nargess Khorrami, confiscating her cellphone, tablet, and summoning her to Evin’s Prosecutor’s Office on Tuesday, June 18, 2019, as well.

The three women’s rights activists are members of the Association of Neday-e Zanan-e Iran. Akram Nasirian and Nahid Shaqaqi, also members of this group, had already been arrested last month. Ms. Nasirian was freed on bail after 27 days in Ward 209 of Evin. Nahid Shaqaqi is still incarcerated.

Labor activist Neda Naji who had been arrested 40 days ago during the protests in Tehran on the International Labor Day, was transferred from Evin to the notorious Qarchak Prison in Varamin on Saturday, June 15, 2019. In a brief call to her family, Ms. Naji informed them that she was being transferred from the Intelligence Ministry Ward 209 at Evin Prison to Qarchak Prison.

At least 15 female labor activists were arrested during the Labor Day protest on May 1 in Tehran in front of the mullahs’ parliament among them Neda Naji, Marzieh Amiri and Atefeh Rangriz.

In another development, two Baha’i women were convicted to six months in prison. According to the ruling of the First Branch of the Court of Tabriz, Monica Alizadeh and Shabnam Eassakhani received prison sentences on the charge of membership in the illegal organization of Baha’is.