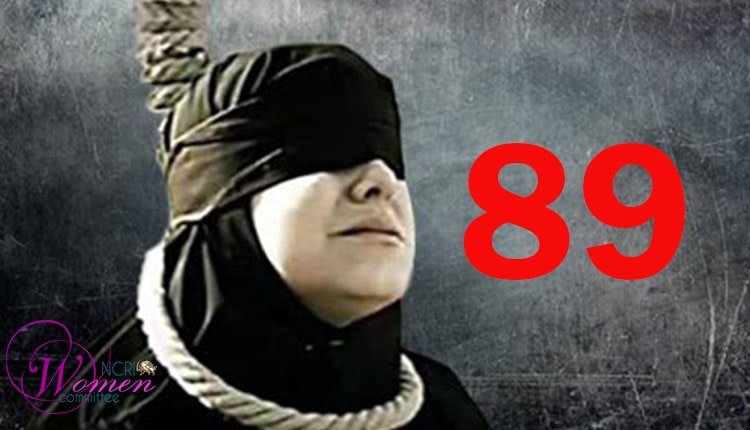 A woman by the name of Fatemeh Nassiri and a man were executed Wednesday morning, June 19, 2019, at Gohardasht Prison (Rajai-Shahr) in Karaj.

Fatemeh Nassiri had been transferred from Ward 7 of Qarchak Prison to Gohardasht Prison to carry out her death penalty. She had been in jail since 11 years ago when she undertook the responsibility of a murder committed by her son.

Fatemeh Nassiri is the 89th woman hanged during Rouhani’s term in office.

The clerical regime in Iran uses the death penalty as a tool to suppress and silence a disgruntled society the majority of whom live under the poverty line, are unemployed and deprived of freedom of speech.

This is how the mullahs hold their grab on power. Iran is the world’s top record holder in per capita executions.  More than 3,600 people have been executed in Iran since Rouhani took office in 2013.