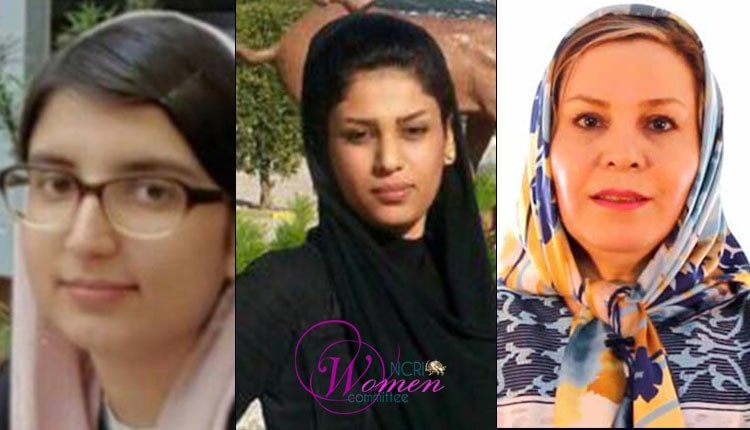 Political prisoner Ameneh Zaheri Sari was brutalized by prison guards in the Sepidar Prison of Ahvaz.

The family of Ameneh Zaheri Sari said, “Ameneh has been hurt in the arm due to the beatings and is presently deprived of receiving medical services to treat her arm.”

Ameneh Zaheri Sari had previously suffered physical problems with parts of her body badly swelling. According to the doctor working at the dispensary, she must be quickly transferred to hospital for medical examinations and care. Prison authorities, however, have so far prevented her dispatch to hospital.

Ameneh Zaheri Sari was supposed to be freed on a 300-million-toman bail, but her temporary release has also been suspended.

Conditions of other women political prisoners

Saba Kordi Afshari has been transferred on Tuesday, July 2, 2019, to an unknown location from Qarchak (Shahr-e Ray) Prison. The order for her transfer was reportedly issued by the State Security Force. Saba’s father was informed at the Prosecutor’s Office that she had been transferred for interrogation but was not told where to. Marzieh Amiri, journalist and student of Tehran University, was transferred to Branch 28 of the Court of Tehran. Her sister, Samira Amiri, wrote in a tweet, “The indictment said she was charged with association and collusion against the state and disruption of public order. Judge Moghiseh has rejected Marzieh’s request to change her temporary detention verdict to bail.”

Dr. Nazilla Noori, a gynecologist and a Gonabadi Dervish, has been transferred from Qarchak Prison to the Women’s Ward of Evin to serve her one-year prison sentence.

Political prisoner Samaneh Noruz Moradi who had been arrested and detained for two weeks in September 2018 and subsequently released on bail, has received a sentence of three years and nine months and taken to the Women’s Ward of Evin to serve her term.

The revision hearing supposed to be held on July 2, 2019, for student activist Parisa Rafii was cancelled. When she and her lawyer went to Branch 36 of the Revision Court of Tehran, they were told that the hearing would not be held. Apparently, she would be informed of her definite sentence after two weeks.

Women working under deplorable conditions in the green-house complex