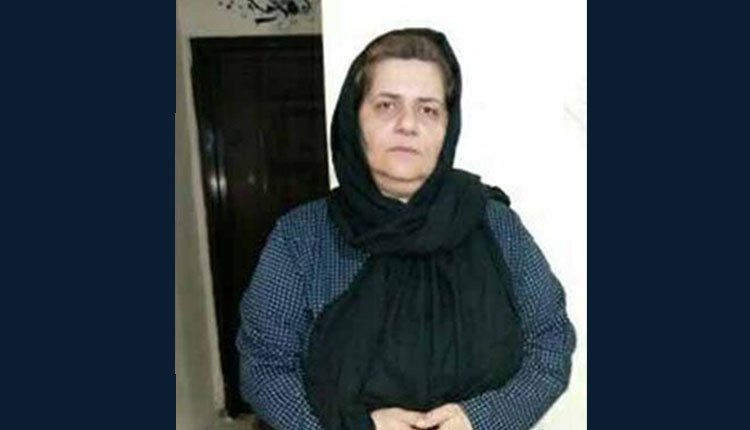 Ms. Farangis Mazloumi, the mother of political prisoner Soheil Arabi, has been on hunger strike since August 16, 2019, and is now on her seventh day of hunger strike.

After many attempts for visiting rights, her daughter was able to meet Ms. Mazloumi on August 22, 2019. Ms. Farangis Mazloumi was being held in a poor physical condition in the solitary confinement in Ward 209 of Evin Prison.

Given her history of heart problems, her hunger strike has raised further concerns for her family. Only for defending her son and being the political prisoner’s voice, Ms. Mazloumi has been under pressure during her detention for forced confessions and has also lost weight because of her detention conditions and hunger strike.

Ms. Farangis Mazloumi was arrested by intelligence agents at her sister’s house on Monday, July 22, 2019.

Abbas Vahedian Shahroodi, 49, was previously arrested at his home in Mashhad by the Ministry of Intelligence agents last October and transferred to an unknown location and was eventually released as a result of his daughter’s activities.