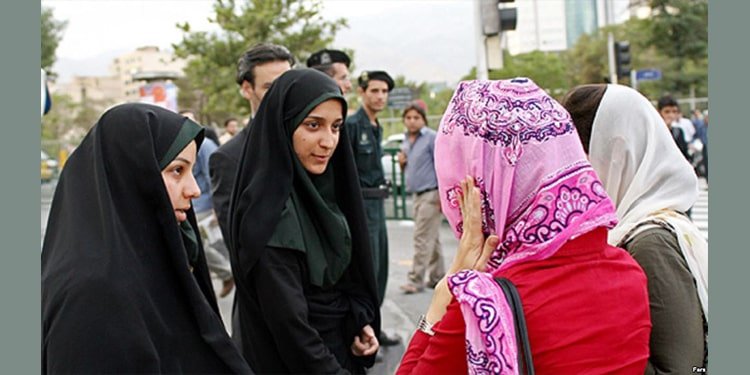 Commander of Tehran’s State Security Force made a new announcement on the progress of the latest plan for enforcing the compulsory veil on Iranian women. He announced that 11 shopping malls in Tehran have been covered by the Nazer (Observer) 2 Plan.

Addressing a gathering of vice patrol agents on October 9, 2019, Hossein Rahimi declared, “The Greater Tehran has been divided to 12 patrolling blocks for the moral security patrols.”

Rahimi further explained, “Nazer 1 Plan is to monitor women who remove their veils inside their cars.” He added, “Right now, 11 major shopping malls in Tehran are under the SSF surveillance in the context of Nazer 2 Plan.” (The state-run ISNA news agency- October 9, 2019)

In a related news, Tehran’s Public Security Police announced that more than 105,000 text messages had been sent to car owners to give them warnings in the context of Nazer 1 Plan. 137 of these cases have been filed with judicial authorities. (The state-run Afkarnews.com – October 9, 2019)

The SSF commander of Alborz Province, Abbas Ali Mohammadian, also announced that the plans for enforcing the compulsory veil will be implemented in apartment complexes.

“We have been ordered to counter and deal with removing the veil in apartment complexes,” he said, adding, “Enforcing the compulsory veil is the State Security Force’s legal duty.”

Mandatory veiling is one of the pillars of suppression of Iranian society designed to preserve the mullahs’ rule. So, the regime has neither the power nor the capacity to give up on enforcing it.

In her ten-point plan on women’s rights in tomorrow’s free Iran, the Iranian Resistance’s President-elect Maryam Rajavi has stressed on women’s freedom to choose their clothing and covering. The article reads, “Women are free to choose their own clothing… The law of forced veiling shall be repealed.”