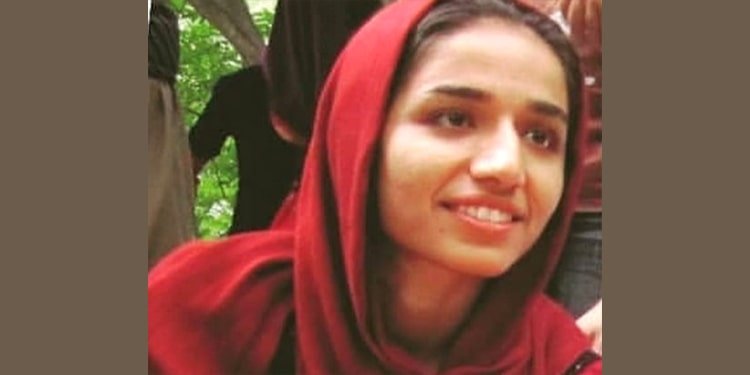 Amnesty International wrote in its statement: “Zahra Mohammadi, a Kurdish civil society activist, has been accused of co-operating with Kurdish opposition groups and charged with national security offences for her peaceful activities empowering members of Iran’s marginalized Kurdish community, including through teaching the Kurdish language. On 18 September 2019, without prior notice to her lawyers or family, Zahra Mohammadi was transferred to Branch One of the Revolutionary Court of Sanandaj for a hearing which was subsequently postponed.”

Amnesty International stressed that “Zahra Mohammadi is in poor health. She currently has a stomach-related illness. She also has a pre-existing digestive condition that requires medication, which she has been unable to take in prison.”

Amnesty International urged Iranian authorities to “release Zahra Mohammadi immediately and unconditionally as she is a prisoner of conscience detained solely for her peaceful civil society activism. Pending her release, please ensure that she is protected from torture and other ill-treatment and  can  receive  regular  visits  from  her  lawyer  and  family,  as  well  as  adequate  medical  care, including any specialized treatment she may need.”

Zahra Mohammadi, 29, was a member of Nojin Social and Cultural Association in Sanandaj which is active in protection of the environment in Kurdistan. Zahra holds an M.S. degree in geopolitics from the University of Birjand, capital of south Khorasan Province. She had been teaching Kurdish language in Sanandaj and its surrounding villages for ten years. She was arrested on May 23, 2019, when agents of the Intelligence Department of Sanandaj raided her residence.

On May 30, the family of Zahra Mohammadi was able to visit her after eight days when she was under intense interrogation to make forced confessions against herself.

She has been held in detention for five months and remains in jail despite her family’s depositing of 700 million tomans ($166K) of bail bond for her temporary release.

On September 18, 2019, Ms. Mohammadi was secretly taken for trial without informing her lawyer or family. Upon finding out, her family and lawyer objected this trial and the trial was eventually postponed to September 25.