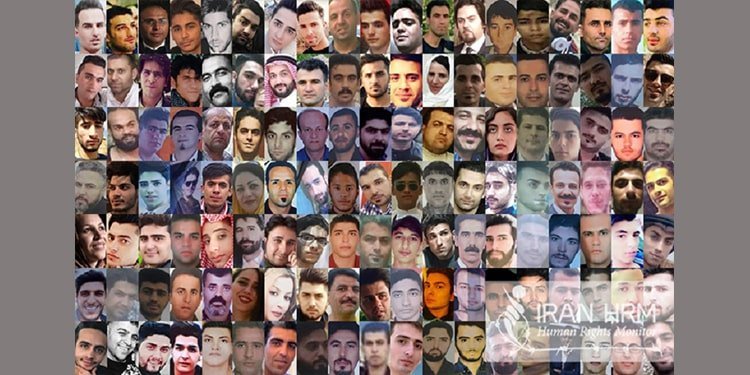 Four new names of women among martyrs of the Iran uprising

Crime against humanity: The death toll has surpassed 1,000

In the recent lists of persons whose deaths by the clerical regime’s security forces have been verified, there are four new names of women. Marzieh Abbaszadeh and Maryam Nouri were killed in Robat Karim, Tehran. Parisa Seifi was killed in Kamyaran and Ziba Khoshgvar in Sanandaj, both cities in the Iranian Kurdistan.

With these four new names, the number of women killed during the Iran uprising has reached at least 24.

The number of martyrs of the Iran uprising which involved 189 cities across the country, has now exceeded 1,000. Based on report received by the Iranian Resistance from within Iran, the names of 301 martyrs have so far been verified.

In many instances, the regime used machine guns, helicopters, and tanks to clamp down on protesters.

Tehran’s governor has admitted that 2,021 persons had been arrested in Tehran Province, alone. The Iranian Resistance had announced earlier that the regime’s security forces had arrested over 12,000 persons nationwide.

The shocking crackdown against defenseless people in Iran who were protesting 40 years of criminal rule of the corrupt mullahs who have plundered the nation, is one of the most horrific crimes of the 21st century and by any measure amounts to a manifest crime against humanity.

Mrs. Maryam Rajavi, President-elect of the National Council of Resistance of Iran (NCRI), called on the United Nations Security Council, the European Union and its member states to condemn this horrendous mass killing by the Iranian regime and to take urgent action to stop this crime against humanity and secure the release all those arrested.

She added that inaction vis-à-vis the regime’s massacre of Iranian people is inexcusable and the mullahs will construe it as a green light to continue and intensify their crimes and leave a deep scar on the conscience of humanity. Mrs. Rajavi called on the UN Secretary General to send a fact-finding mission without delay to investigate the extent of the killings and visit detention centers in Iran.

Mrs. Rajavi also urged the UN Security Council and its president to declare the massacre of the Iranian people by the regime as a crime against humanity, and to bring the heads of this regime and those responsible for this horrific crime to justice. She said that the international community must ostracize the bloody ruling dictatorship in Iran from the community of nations and bring to justice Khamenei, Rouhani, and the regime’s other officials.