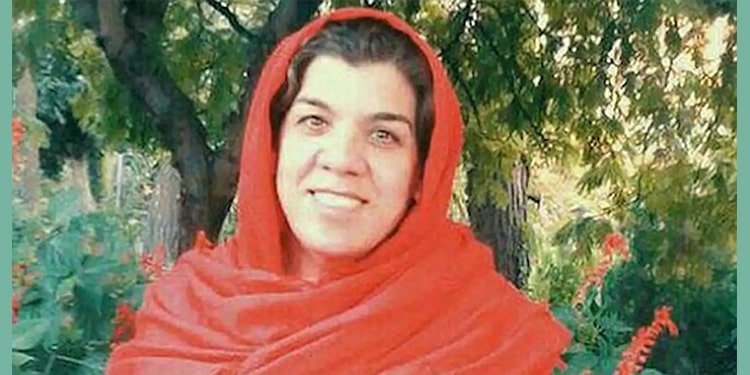 Parvin Mohammadi among dangerous inmates in Kachouii Prison of Karaj

The life of labor activist Parvin Mohammadi is in danger while detained among dangerous ordinary prisoners in Kachouii Prison.

Labor activist Parvin Mohammadi was arrested on December 7, 2019, when she reported in to the Courthouse of Karaj. She was taken to Kachouii Prison.

A few nights before, a violent fight broke out among prisoners in Kachouii Prison. The inmates had threatened to kill one another. After this fight, special prison guards closed the gates between wards and did not allow anyone to go for fresh air. The floor of all the wards were covered with shattered glass.

Parvin Mohammadi filed a request for separation of prisoners of different categories immediately upon entering the prison. Prison authorities and the Judiciary, however, overlook this principle to exert more pressure on political prisoners.

In another news, civil activist Raheleh Ahmadi, mother of political prisoner Saba Kord Afshari, was sentenced to 4 years and 2 months of imprisonment by the Revolutionary Court of Tehran.

Ms. Ahmadi’s lawyer was informed of this sentence on Monday, December 16, 2019. She is charged with assembly and collusion against national security through collaboration with opposition media.

Ms. Raheleh Ahmadi was arrested to bring further pressure on her daughter, Saba Kord Afshari. Agents told Ms. Ahmadi that they will free Saba only when she accepts to make confessions before the camera.

Saba Kord Afshari is presently detained in the Women’s Ward of Evin Prison to serve her 9-year sentence.