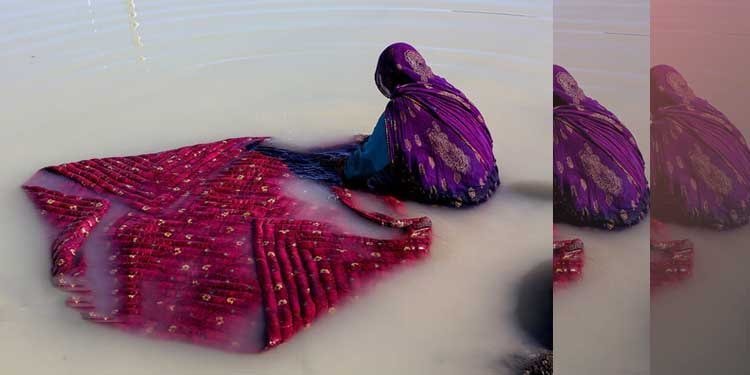 Flood-stricken woman in Sistan and Baluchestan: We’ve been forgotten!

Some 350 to 400 villages are still surrounded by floodwaters

Local sources said that nearly 40,000 rural homes were destroyed. Most of the aid comes from local people who are taking matters into their own hands and providing relief to flood victims, as authorities failed to provide any meaningful aid to thousands of people in desperate need. 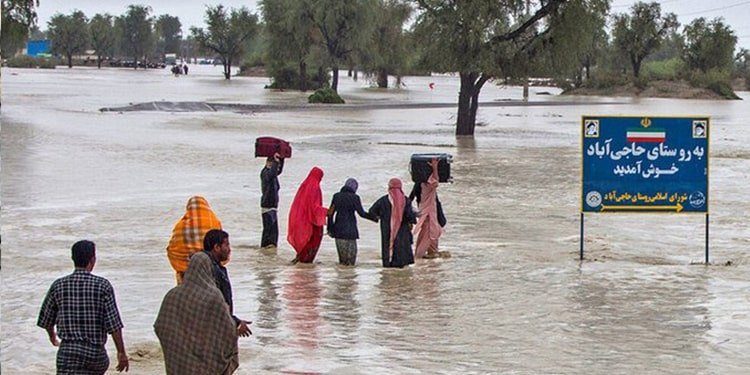 One woman, Mahrokh Gholamhosseinpour said, “The floods washed away mud houses and the thin sheep that we survived on. Dishes and clothes were washed away. The children had been wearing ripped pairs of shoes in complete poverty. Those shoes were also washed away.”

A school teacher in a flooded village in the Dashtiari District, Maryam Balasheikh said, “Roads connecting villages and cities have been blocked.”

Maryam said that she saw no Red Crescent helicopter flying in for help. Sixteen children were hanging on to a tree to fight the deluge. People brought a fishing boat from Chabahar to rescue the trapped women and children. 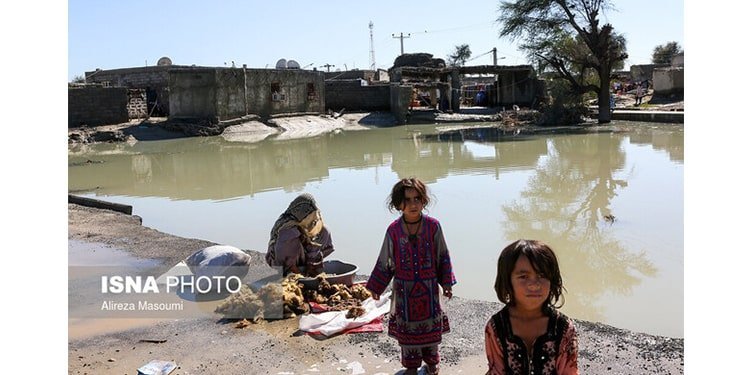 Maryam has heard from local aid workers that there is no trace of the scattered villages in Polan and Dashtiari. All the houses are underwater, and the bodies of several missing people are being found in the rivers.

Shivering in the winter cold, three girls describe their lives after the flood:

First girl: “We are dying of cold. They don’t give us any fuel.”

Second girl: “The flood came yesterday. It took our houses and everything we had. Our sheep died. We have nothing left. The Red Crescent does not answer its phone at all!”

Third girl: “The flood came and flooded our homes.” 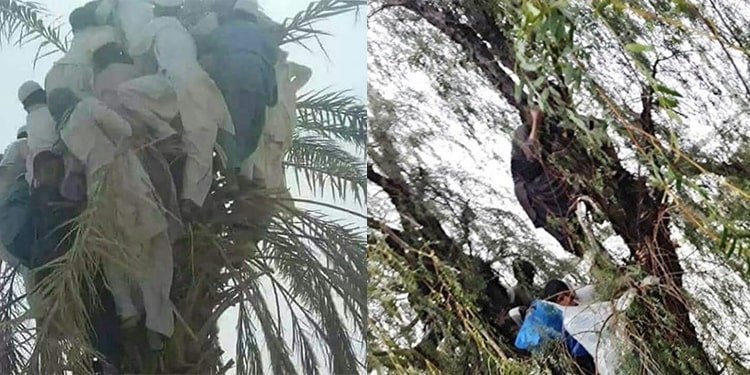 In Zarabad and Konarak areas, one or two people were hanging from every tree. But how long can they survive in such conditions over the course of a few days in the rain and cold weather when they have no food and insufficient clothing?

People have been soaking bread in their water for several days, with no electricity and no water to clear the traces of floods. Women and children are freezing in the cold and spend nights in the water. They are in dire need of clothing and heating.

One of the residents says, “The bridges are broken, and we cannot cross the rivers, we are cut off from the world, as if we have been forgotten!”

Another resident said, “Most of the houses in the villages of Nikshahr are made of adobe and mud and there was a lot of damage.” 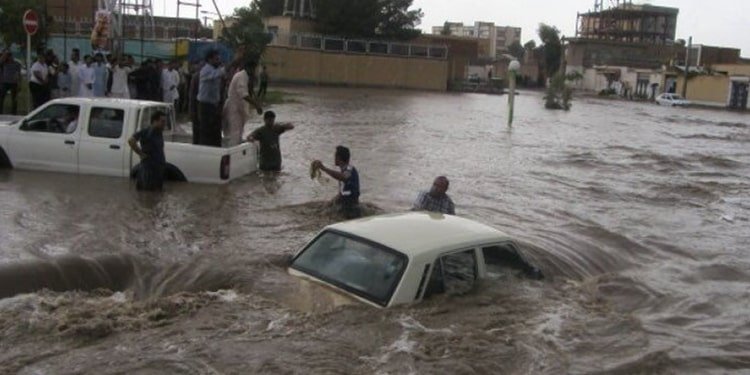 At the same time, a roof of a mud house collapsed in one of the villages of Zahedan due to the heavy rainfall and a 7-year-old girl was badly injured. (The state-run Rokna news agency – January 11, 2020)

A Baluch activist reported the death of a five-year-old girl on her twitter account. The child’s name has not been announced in official statistics.

Concerning the government’s reporting to the public, the Baluch activist said, “The warnings given by the crisis management organization were useless because people in the villages did not have access to the Internet and public communication services. 95% of the total of 5,000 villages in Sistan and Baluchestan do not have telecommunications such as landlines, mobile phones and internet, and on the other hand, 52% of the province is rural. How can government officials expect people to be aware of the warnings in such circumstances?”

Meanwhile, the floodwater has pushed alligators, called ‘gando’ in the local Baluchi language, into villages and some of the reptiles have been menacing flood victims.

The Department of Environment in the flood-stricken province warned the locals on Monday, January 13, about marsh alligators that have strayed from ponds into flooded areas. According to the Director-General of Sistan and Baluchestan, the alligators have become aggressive due to feeling endangered by the floods.

The Governor of Nikshahr said, “In general, there are no communications in 400 villages in Nikshahr due to connection route blockage.” (The state-run ILNA news agency – January 14, 2020) 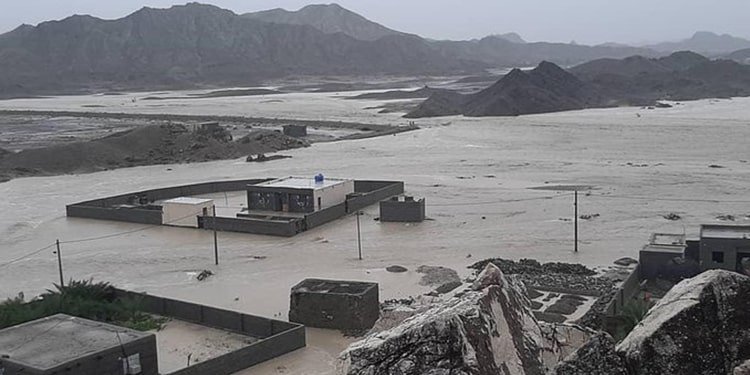 On the possibility of flood prevention and response to natural disasters, Ali Beitollahi, Risk Management Director at the Road, Housing & Urban Development Research Center said, “As an example, Japan, which has more than 60% of its geographical area at risk of flooding, has been able to prevent this natural threat from occurring with proper planning. However, the floods have once again challenged the lives of the people in southern Iran.” (The state-run salamatnews.com – January 14, 2020)

He also added, “Simple engineering and technical principles and minimal prevention costs can prevent many floods in Iran.”

With all this in mind, it is possible to prevent all these incidents and save the lives of our compatriots in Iran, but now the people of Sistan and Baluchestan especially the women and children have been forgotten in this flood. Their issues and problems after the devastating flood have been neglected.

Disaster-stricken provinces do not have front loaders, bulldozers and other equipment to restore the pathways.

The Iranian regime spends 200 million Euros on launching rockets at US bases but puts up a fund to help flood victims. The photo of these funds has been shared on social media. 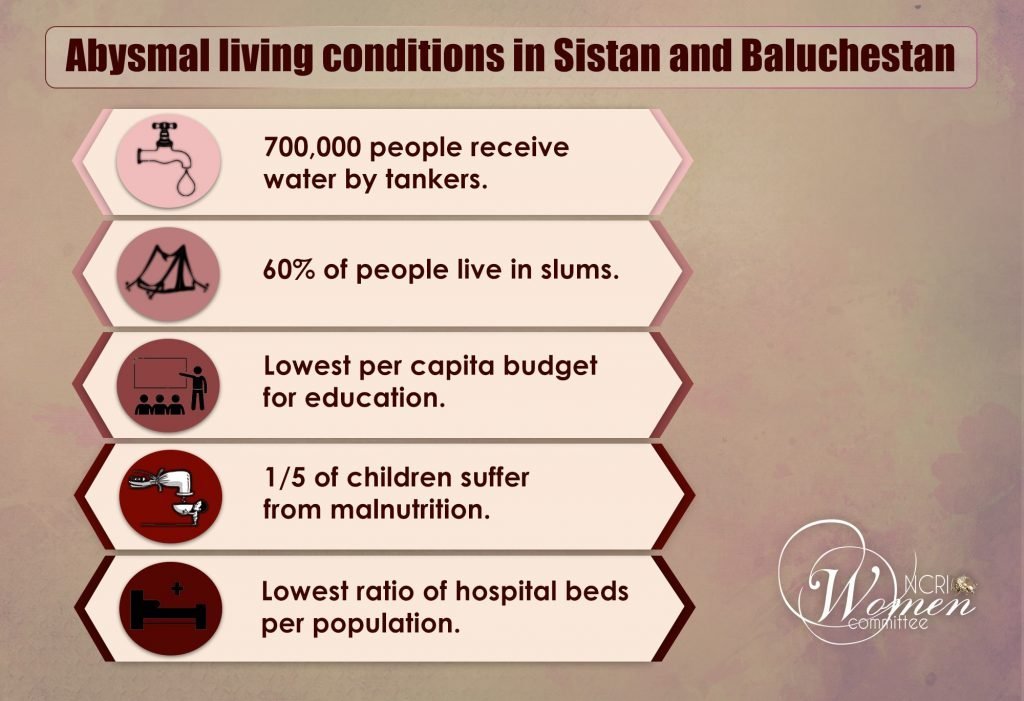