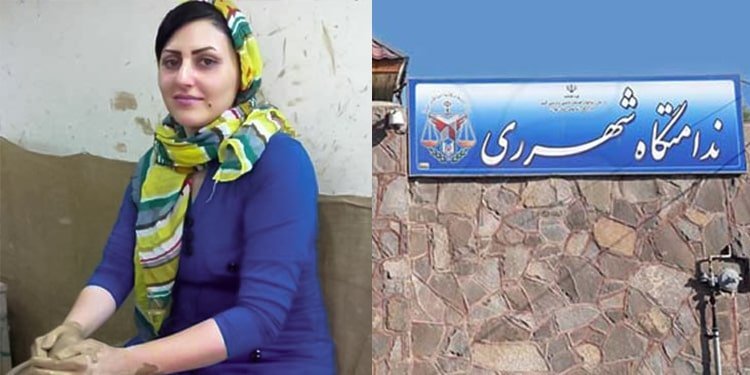 Political prisoner Golrokh Ebrahimi Iraee has called for an election boycott of the regime.

Ebrahimi, currently held in Qarchak Prison in Varamin, released a statement on February 11, 2020, on the anniversary of Iran’s anti-monarchy revolution.

She briefly described the struggles of the Iranian people, writing:

“After the former dictator was defeated, the revolution was hijacked. The first group of Islamic fundamentalists in the Middle East came to power. Their first act was to outlaw all opposition parties.

“They tortured party leaders forcing them to make confessions against themselves or leave the country… The extent of repression and terror was such that many sympathizers were isolated.

They consolidated their power by prolonging an external war which could have been ended soon in the initial months. Throughout the years of war, by inciting public opinion and subjecting people to the pressures caused by the war, they identified, suppressed and murdered many of their opponents in the country.”

“During the recent protests, the regime killed hundreds of people and detained and injured thousands more. Many were deprived of their citizen rights. Every time, in step with their massive crackdowns in the midst of the protests, the regime stirs public debates on trivial issues which do not concern the masses of people to divert their attention. But the unfulfilled promises of the past remain as a great affront to our society… which still suffers from poverty and tyranny.”

In concluding, Golrokh Ebrahimi emphasized the importance of the election boycott:

“Elections must be free where various parties and groups could participate. Every party must have a specific, coherent organization, a biography, a constitution arising from their own different outlooks.

“Today, we refuse to participate in the insulting theatrics of a regime the hands of whose rulers are stained with the blood of our people, the likes of Farzad (Kamangar), Zanyar (Moradi), Loghman (Moradi), and Ramin (Hossein Panahi). We will never deviate from our struggle for freedom.

“Tyranny and despotism have stood in our way for more than a century. But we will prevail, even if the road is rocky and our lives are our only weapons.”