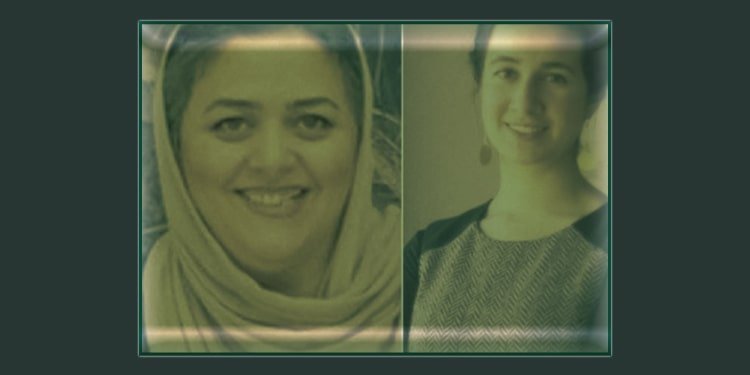 In a letter written in February 2020, Niloufar Bayani described the interrogations and wrote, the agents forced her to “mimic sounds of wild animals” and threatened to inject her with “crippling ampoules and air ampoules. They threatened her to write forced confessions.

Bayani also wrote a letter to Ayatollah Khamenei on February 11, 2019, describing how she was treated by IRGC interrogators. She said seven armed men took her to a villa in Lavasan, north Tehran, and forced her to “watch them engage in immoral and un-Islamic behavior in a private swimming pool.”

In another letter to the head of IRGC’s Ward 2-A in Evin Prison, on January 16, 2019, Bayani wrote that “during long interrogations” agents “repeatedly made the most filthy sexual insults… in detailed, disgusting, imaginary situations and wanted to [force me] me to complete their sexual fantasies.”

Niloufari Bayani wrote in the letter, ” Shockingly, every time I exposed this behavior and sought help from the authorities, the pressures, threats and acts of torture increased, and they repeatedly told me… not to do anything to irritate the regime.”

in her never-published final defense presented to the court in August 2019, Bayani wrote, “Video recordings are a witness to how I was treated by the main interrogator… ‘Hamid Rezaie,’ whose name still makes me shudder. He was so shameful that whenever interrogations dragged on into the darkness [of the night], I would shake all over in fear of being seriously assaulted.” She continued: “I was increasingly terrified that if I didn’t write whatever he wanted, he would violently sexually assault me. Because of his inexplicable sudden appearances and disgusting behavior in various places like dark passages and in the detention yard, I didn’t feel safe anywhere. Intolerable anxiety never ceased.”

In September 2018, Niloufar Bayani had told the former Tehran Prosecutor, Abbas Jafari Dolatabadi that her confessions were under pressure, torture and intimidation, and that it was completely false, but the prosecutor insisted that she was not allowed to retract her confessions.

She cited examples of the treatment she endured, ” threatened with execution on a daily basis, endured eight months of total isolation in solitary confinement with long interrogations lasting 9-12 hours day and night, interrogated blindfolded while standing, spinning or sit-and-standing.”

Sepideh Kashani also wrote in a letter describing her situation that the IRGC interrogators subjected her to the most severe mental and psychological torture as well as physical and sexual threats during at least 1,200 hours of interrogation.

A new report by the UN Special Rapporteur on Human Rights in Iran said, “Concerns over unfair trials and convictions of individuals and human rights activists based on coerced confessions are heightened.”