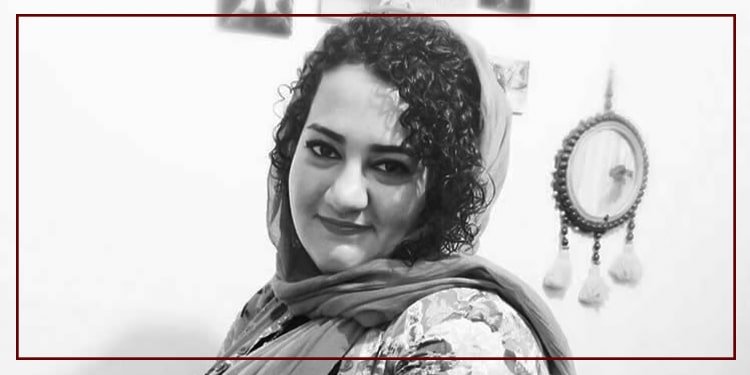 Political prisoner Atena Daemi, a child rights activist, refused to appear in court on May 2, 2020. She was protesting a verbal summons and a case being filed against her.

According to the 32-year-old prisoner, she refused to appear in court for several reasons: the spread of coronavirus in the country; her lack of access to a lawyer; and the insufficient time between receiving the formal notification and the trial date.

The political prisoner has been deprived of visits. However, the ban on visitation, in effect since 2019, was issued verbally and has yet to be presented in writing. Atena has been denied access to a lawyer the entire time.

According to a source familiar with the case, despite repeated visits to Amin Vaziri, an assistant judge for political prisoners, Atena’s lawyers have not been able to meet with her.

The hearing on the charges against Atena Daemi was first held on January 26, 2020, in Branch 3 of the Evin Prosecutor’s Office.

During an interrogation session, the political prisoner was insulted several times by the interrogator, amid threats to transfer her to another prison in a remote city.

The investigator explained the rationale for the accusations against Atena:

“Celebrating during the prison’s quiet hours on November 11, 2019, during the holy month of Muharram; issuing a statement against the death penalty on October 8, 2019; releasing a statement along with 17 other inmates on imprisoned mothers’ pleas for justice on November 8, 2019; holding a sit-in outside the prison office for several hours to protest being denied family visits and demanding to know the reason while being supported by 21 other inmates; insulting prison guards and accusing them of depriving her of family visits on November 2, 2019; and participating in a sit-in on December 21, 2019, along with 7 other inmates.

In December 2019, the political prisoner was held for 15 days in Ward 2A of Evin Prison, under the control of the Intelligence Ministry.

The transfer came after a sit-in in Evin Prison’s women’s ward, where prisoners commemorated victims on the 40th day after the November uprising.