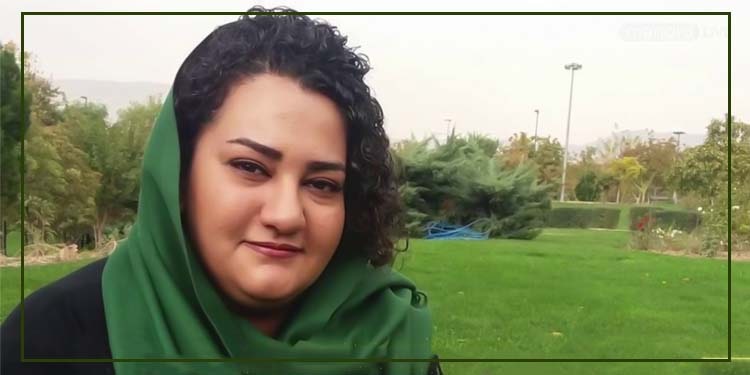 Atena Daemi: Every new sentence affirms that I am free; I will stand to the end

Female political Prisoner Atena Daemi who was due to be released on July 4, 2020, after serving her five years in jail, has been sentenced to another five years and 74 lashes.

While Atena Daemi was serving her sentence in prison, the Intelligence Department of the Revolutionary Guard Corps (IRGC) filed two new cases against her.

In a previous case in July 2019, she had been sentenced to three years and seven months in prison, and recently, on July 4, she was sentenced to another 2 years and 74 lashes.

After hearing of her new sentence, this resilient political prisoner who has served five years in Evin and Qarchak prisons wrote, “I should have been released today after almost five years behind bars, but everyone knows that as long as the Islamic Republic exists, Iran is a prison everywhere.”

Ensieh Daemi, Atena’s sister tweeted, “The interrogator told Atena, ‘You have become numb towards prison sentences. We will have new plans for you.’ And this is why they added flogging to her prison sentence.”

The full text of the letter Atena Daemi sent out of Evin Prison is as follows:

I was due to be released today after almost five years behind bars. But everyone knows that as long as the Islamic Republic exists, Iran is a prison everywhere. But I am free, so much that they keep thinking they have to imprison me with a new sentence. These sentences sound ridiculous to me, even the lashes!

I mourned for the people who were killed in the November 2019 uprising, then they accused me of dancing in the month of Muharram!

Yes, I mourned for the innocent people oppressed in our time and I accept the flogging sentence for it.

Good for the man who will strike the lashes. There is a proverb that says, “That who hits once, would receive two hits in return.”

They have been flogging people for a lifetime. These lashes are nothing compared to the numerous bullets which have pierced the hearts and heads of our people for 40 years.

I am willing to sacrifice for the families who have lost their loved ones, and those whose blood has been spilt.

These sham trials and the verdicts they have issued against me are so ridiculous that I don’t even think about them and I won’t appeal. Let them have more time to fabricate more cases against me. I am free today because being free does not necessarily mean that you should be on the other side of the bars. Every new sentence affirms that I am free. And I will stand to the end and until I am alive.