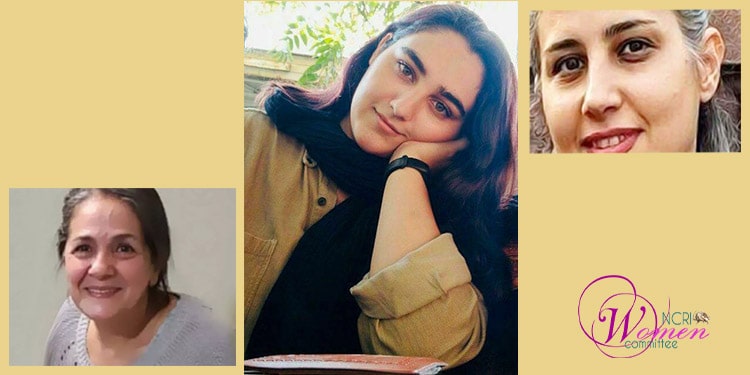 Elham Samimi is a student of anthropology at Tehran University.

Somayyeh Kargar is a graduate student of philosophy from Tabriz University. She was arrested at home. She is a Kurdish civil activist.

The Evin Courthouse told her family that Somayyeh Kargar has been arrested for internet crimes. The civil activist is suffering from a rare eye illness. She does not have access to her medications since she was arrested at home in Tehran. Her family are very concerned about her health.

Intelligence agents also arrested Bahareh Soleimani in Karaj and took her to an unknown location. They also ransacked her parents’ home. Then they searched her own residence.

Bahareh Soleimani is a health worker. For the past eight months, she has been in constant contact with patients infected with the coronavirus. Her lungs have suffered damages during the past 8 months and she needs urgent medical attention.

On October 18, the Soleimani family enquired about their daughter’s whereabouts. The authorities told them that until her status is determined, they are not going to have any contacts or visits with her. They also told the Soleimani family that Bahareh is detained in the intelligence section in solitary confinement.

The arbitrary arrests in Iran also included the arrest of Nahid Taghavi by intelligence agents at her home.

Nahid Taghavi, 66, had recently underwent an operation. She also suffers from high blood pressure. She has not had access to her medications since her detention.

Her family took her blood pressure medicines to the Evin Courthouse, but prison agents did not accept the medicines because Ms. Taghavi is held in solitary confinement.