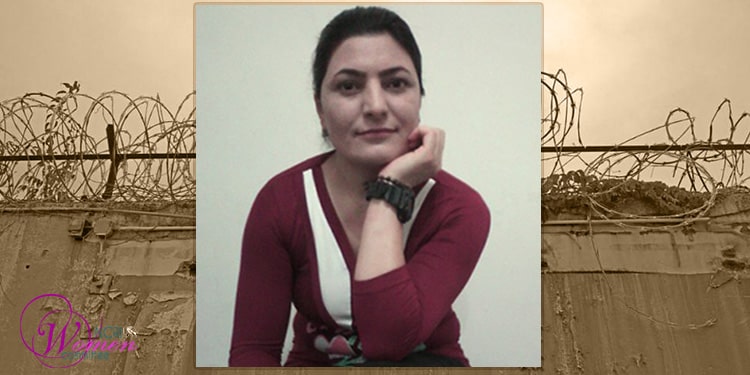 Zeinab Jalalian taken to Yazd Prison; this is her fourth relocation in only six months.

Ms. Jalalian said she was brutalized, threatened and insulted on the way to the Prison of Yazd.

Intelligence agents in Kermanshah Prison had told her on November 9, that she was going to be relocated to the Central Prison of Urmia on the orders of the Judiciary.

On the way, however, she found out that she was being driven to another city and started protesting instantly. This is when the intelligence agents brutalized, insulted and threatened her.

Simultaneous with the relocation of the Kurdish political prisoner from Kermanshah Prison, her father who lives in Maku, in West Azerbaijan Province, NW Iran, received a text message indicating that her daughter’s file had been received by the First Branch of the Revolutionary Court of Yazd.

This is the fourth time during the past six months that Zeinab Jalalian is being relocated among prisons. Agents carrying out the relocations have not shown any legal warrant for doing so.

Her relocation to prisons in remote areas are tantamount to internal exile, while her sentence does not include exile.

According to the first amendment of article 234 of the rules of the National Organization of Prisons, the organization is obliged to make arrangements so that any prisoner could spend his/her time during incarceration in a place nearest to where his/her family live.

When she was in Qarchak Prison, intelligence agents approached Ms. Jalalian in the guise of human rights lawyers trying to persuade her to cooperate with intelligence agencies and appear on the state television. She did not agree. Since prison authorities failed in their efforts to break her resistance, they are now ratcheting up pressure on this political prisoner by sending her to distant prisons in Kerman and Yazd.

One of Zeinab Jalalian’s lawyers, Amir Salar Davoudi, is imprisoned and it is not clear why her other lawyer, Mohammad Sharif, has been removed from her case. As a result, no one is presently defending and following up on the case of this Kurdish political prisoner.