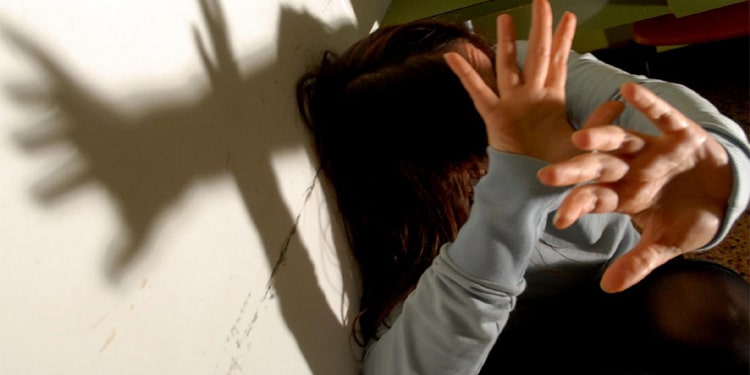 Dealing with domestic violence and complaints about it, is no easy task even in circumstances when the law, family and institutions stand by a woman and support her.

In Iran, the situation is worse particularly due to the legal loopholes overlooking women’s irrefutable rights including the right to be safe from violence.

The regime’s token admissions to rise in violence against women in Iran began in 2018.

Subsequently, Fatemeh Ghassempour, head of the Research Center on Women and Family in Tehran, announced: “66% of Iranian women experience domestic violence in their lifetime” (The state-run ISNA news agency, November 16, 2018).

Although the given figure is double the world average of one-in-every-three women (or 33%), it was obviously a mitigation of the reality.

Last year, the Borna.news website published a report on October 13, 2019, indicating, “In our country, from every 20 persons, one is exposed to domestic violence by her husband. But less than 35 percent of the cases of domestic violence are reported to the Police or Social Emergencies.”

Based on the latest report by Abbas Majedi Arani, head of the General Coroner’s Office, said 85,420 women had filed complaints last year with the Coroner’s Office last year against their violent husbands. (aasoo.org, June 30, 2020).

The figures presented by various Iranian officials and agencies on violence against women vary and are, at times, conflicting.

Iran holds the world record on domestic violence against women

Mohammad Reza Mahboubfar, one of the regime’s experts on social ailments, recently published an article announcing: “Iran holds the world record on domestic violence (against women).”

The article published by Jahanesanat.ir on November 19, 2020, said: “Today, the country is engulfed in social ailments and no house is safe in Iran.”

Mahboubfar blamed government mismanagement for aggravation of domestic violence against women. “The consequences of mismanagement and failure of government agencies to manage and contain the disease, in addition to their lack of ability to control the economic and social consequences of Coronavirus, have led to super economic and social crises in 2020 including high prices, inflation, economic recession, widespread unemployment and increasing social ailments. Increasing fight in the families has overflown into society and is considered the most important social and security crisis these days. This has gravely concerned all sociologists and experts on social behavior.”

In a shocking revelation, Mahboubfar stressed, “Less than three months since the beginning of the (Persian year) 1399 (i.e. from April to June 2020), the statistics on violence in the country has exceeded the total of all the past years.”

Even if the bill to provide security for women is adopted and enforced, it is incapable of stopping the cycle of violence in the country, because the grounds for such crimes and murders still exist in the country’s economic and legal sectors.

Domestic violence in Iran has turned into an open wound which needs to be cured. The law must criminalize domestic violence and punish the assailants. There is also need for institutions that support women who are victims of violence.

In the absence of all the above, the statistics on domestic violence in the form of physical beating and murder of women and girls in the country has seen a drastic rise.

Mahboubfar notes in his report: “The highest number of murders in 2016 belonged to honor killings. After four years, now, the institutions of the Islamic Republic have failed to take the necessary measures and to pass any laws to support security of women in their family and society. The enforcement of law against honor killings has been in a way that presently, men have a free hand in carrying out physical, verbal and psychological violence against girls and women in their families. By relying on existing male-dominated laws that grant them immunity against implementation of maximum punishment, they commit any crime and murder.”

Domestic violence is directed first against children and then, against women.

Violence against children has increased five times and violence against women has risen three times. This violence varies from slight to severe beating to eventually murder.

Shocking rise in honor killings in all geographic locations

In the past, the provinces most affected by domestic violence against women were Kurdistan, Azerbaijan, Lorestan, Ilam, Kermanshah, Khuzestan, and Sistan and Baluchistan.

Isfahan, Kerman, Yazd and Qom used to have the lowest reports on violence. Today, however, violence in Iran has become omnipresent across the country and one cannot draw a geographic line for it.

Nahid Tajeddin, member of the women’s faction in the parliament, said that during the outbreak, domestic violence against women in Isfahan had increased by 26% compared to the same period last year. (www.borna.news, October 13, 2019)

Reports from Isfahan, Alborz, Golestan, Ilam and North Khorasan Provinces also indicate that there has been from 50% to ten-fold rise in the number of contacts with the Social Emergencies since the beginning of the COVID-19 pandemic. Most of these contacts are related to child abuse, wife battering, and violence against the disabled. (aasoo.org, June 30, 2020)

Mahboubfar writes in his report: “The previous statistics on honor killings in Iran have never been comprehensive, transparent or accurate. The institutions and organizations dealing with these figures, such as the Social Emergencies and the Police, do not have access to the data and no official figures have been announced in this regard. Previous figures showed a maximum number of 450 cases of honor killings in the country every year.”

The report goes on: “In the past, honor killings took place more in provinces with tribal structures, and Khuzestan, Kurdistan, Ilam, and Sistan and Baluchistan had the highest number of these murders. Today, the cultural, legal, political, social and economic situations are strongly contributing to violence against women. Honor killings are on the rise more than any other time. Honor killings in the country have recently had a meaningful growth compared to the same period last year, and family murders top the country’s crises. It is estimated that at least 8 murders take place in Iran every day.”

Mahboubfar then shockingly reveals: “The continuation of this trend could increase the average of 450 honor killings per year to 2,736 cases in 2020.”

A young woman who had been badly battered by her fiancé, said the court exonerated the violent assailant for what it called, “insufficient evidence.” She said the indictment contained all the evidence, but the court did not accept the documents issued by the hospital or the State Security Force.

Mona had a similar experience. She said: “When he hit me for the first time, I was shocked, but I immediately contacted 110 (emergency police). When the police came, they said ‘we cannot enter your house. You must come down.’ I told the police, that my husband would escape if I opened the door. But the police said: ‘How should we know that you are telling the truth?’

“My husband had broken my arm, fractured my finger and it was bleeding. My head had swollen, and my lip was torn and bleeding. There was also a scratch near my eye. I told the police to come and see my situation and the wall that he banged my head against. They said ‘No, we are not allowed to enter the house and to your floor. You must come down.’

“When I filed my complaint, I asked the police to sign as a witness, but he said, ‘I have not seen him beat you.’ The neighbors, too, they usually do not intervene either and do not testify. The police did not arrest my husband even temporarily. I was lucky that my brother came to my aid. In any case, I filed a complaint and the next day I went to the Coroner’s office along with my brother. The doctor wrote that I must receive 2% of the full blood money and prescribed 30 days of treatment for me.” (Aasoo.org, June 30, 2020)

Sara, a manager of a computer programming company, after several years of enduring violence, contacted the police and told them about the type of treatment she had received. She says in this regard: “The Police told me that they would not intervene in family quarrels unless there is beating involved. I said yes, I was beaten. He battered me. Then they asked: ‘Do you have the report of the Coroner’s Office?’ I did not. They said, ‘we cannot follow up in this way.’ I said this is not his first time. Couldn’t you do something? They said, ‘do you have any witnesses?’ But I didn’t.”

M. is 33 with a Ph.D. in political sciences. Recounting her experience, she says: “If you are battered, you must get in touch with the Social Emergencies, because only their report is counted as evidence, otherwise when you file a complaint, because you do not have two male witnesses, the assailant gets exonerated. Even if you show the letter of the Coroner’s Office, with photos and documents, still they are not sufficient to convict the assailant.”

In the absence of official figures on domestic violence, published reports by the Coroner’s Office are among the rare, documented statistics in this regard. But even this report is not accepted by Judicial authorities to convict the violent husband or accept a woman’s application for divorce.

Only 34 shelters for battered women

There are only 34 safe shelters in provincial capitals throughout the country. And even in these limited shelters, the conditions for allowing battered women are difficult.

Deputy for social affairs of the Welfare Organization says in this regard, “women can come with their daughters and under-8 sons. But if their sons are older than 8, they will be sent to the centers of street children or pseudo-family centers.” (The state-run behzisti.ir – December 30, 2019)

As a result, from March to August 2019, only 2,000 of the 10,000 women who contacted the 123 Social Emergency Line were admitted to safe shelters across the country.

Psychological violence is not recognized as violence

Domestic violence has not been criminalized under the present laws of Iran. They regard domestic violence the same as other forms of violence between two persons. The law only oversees physical violence.

Alef, a Tehran lawyer, says: “The Judiciary does not have a criminalizing look to domestic violence. When a husband commits violence against his wife, the Iranian Justice Department’s approach is to conclude the case in peace and safeguard the couple’s married life.”

“Principally, psychological violence is not recognized in Iran. And so long as violence does not have obvious evidence and signs, the law would not examine it.” (Aasoo.org, June 30, 2020)

In the Center for Reduction of Social Harms, an NGO active in dangerous districts of Tehran which gives shelter to battered women, there is a real problem concerning battered women. Since married women are legally obliged to obey their husbands, the NGO does not have the power to keep them away from their husbands and must let them go home if the husbands go after them. (Aasoo.org, June 30, 2020) 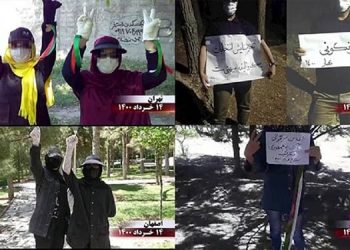