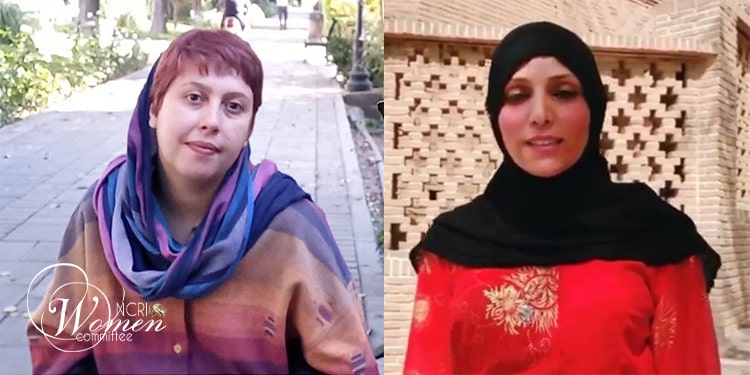 Agents of the Intelligence Department of the Port of Mahshahr arrested Fatemeh Tamimi at her home on Wednesday, December 9, 2020. Fatemeh Tamimi is a cultural activist in child and Arab folklore literature. She has been transferred to an unknown location.

Fatemeh Tamimi, 39, is married. She has two children, Maha, 15, and Mohammad, 11. She lives in the city of Jarrahi at the port of Mahshahr.

Intelligence agents in Tehran also raided the residence of Nazanin Mohammadnejad, a former student activist at Tehran and Alameh Tababaii universities. They arrested her on Tuesday night, December 8, 2020.

In continuation of relocation of prisoners from the women’s ward of Evin, two prisoners were transferred to Qarchak Prison.

On Saturday, December 15, Sepideh Farhan and Mojgan Keshavarz were abruptly transferred from Evin to Qarchak Prison. Prison authorities did not even allow them to take their warm clothes and other necessary items they need for winter.

Agents of the Intelligence Ministry arrested Mojgan Keshavarz on April 25, 2019, at her home. She is a protester against the compulsory Hijab. The Revolutionary Court of Tehran sentenced her to a total of 23 years and 6 months in prison. Mojgan Keshavarz, 38, has a 10-year-old daughter.

Sepideh Farhan was arrested during the protests in December 2017-January 2018. She had been serving her two-year sentence since January 1, 2020, in Evin Prison.