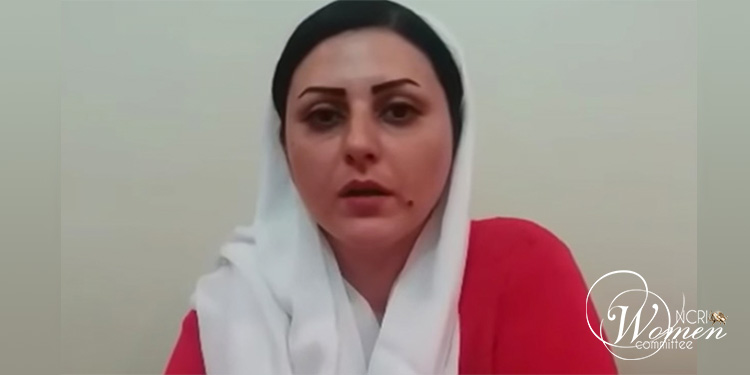 Political prisoner Golrokh Iraee has been banished to the Prison of Amol, in Mazandaran Province, north Iran, after returning to Qarchak Prison. She under interrogation by the Intelligence of the Revolutionary Guard Corps (IRGC) for 43 days at Ward 2A of Evin Prison in Tehran.

Political prisoner Golrokh Iraee was violently moved out of Qarchak Prison after a raid by 20 prison guards on ward 8 of on December 13, 2020, sent to the IRGC Intelligence Ward 2A in Tehran’s Evin Prison.

She was returned to Qarchak Prison on Sunday, January 24, 2021, told that she could not have a telephone card to call her family. On Sunday night, she was sent to exile in the Prison of Amol, in Mazandaran Province, northern Iran. Amol is among cities which has suffered the largest number of COVID-19 casualties during the pandemic.

Throughout her 43-day detention in Ward 2A of Evin Prison, there was no news available on her health and conditions. Evin Prison authorities denied that she was held in Ward 2A and intimidated her family.

Golrokh Iraee and her husband, Arash Sadeqi, were arrested at home on October 24, 2016. Without receiving a written summon, they were taken to Evin Prison. She was sentenced to one year in prison for “propaganda against the state” and five years for “insulting the sanctities” through writing an unpublished story against stoning.

Political prisoner Arash Sadeqi who suffers from cancer is detained in Gohardasht Prison (Rajaishahr) without receiving proper medical treatment. He is serving a 19-year prison term.