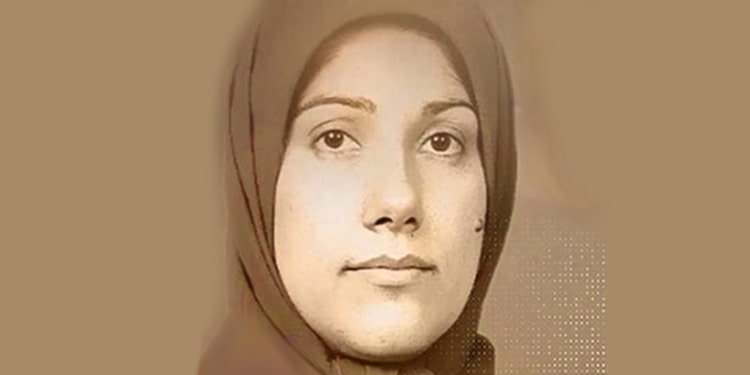 Zahra Rajabi was born in Tehran in 1957. She was a student of the School of Architecture at Tehran’s Melli University in 1977. In the latter years of the Shah’s dictatorship, the university developed a political and revolutionary environment. Zahra Rajabi started her political activities at that time. A new chapter began in her life when she joined the People’s Mojahedin Organization of Iran (PMOI).

Zahra Rajabi was a valued member and pioneer of the PMOI during the political turmoil in the years following the Shah’s overthrow and the emergence of the religious dictatorship. She was a member of the PMOI’s central committee, serving with distinction for years and taking on critical responsibilities in the fight against the ruling dictatorial and misogynist regime.

In 1991, Zahra was assigned director of the PMOI’s overseas political section. In 1993, she was elected as a candidate and subsequently a member of the PMOI’s Leadership Council.

In 1994, with the expansion of the Iranian Resistance in various countries, Zahra took on new responsibilities and duties to promote national solidarity. In fulfilling these responsibilities, she also provided important services, particularly in defending the rights of refugees and organizing supporters of the resistance.

Zahra, a proud and brave woman, was on an important mission – to investigate the issue of Iranian refugees in Turkey – when regime terrorists sent from Tehran assassinated her on February 21, 1996.

On Saturday, February 3, 1996, the regime’s Supreme National Security Council decided to implement the plan. Two plans were on the agenda: one to kidnap Zahra, and the second to assassinate her.

The regime’s terrorist diplomats who were stationed at the Iranian embassy in Ankara and the consulate in Istanbul included Mohsen Karegar Azad, the regime’s Deputy Consul in Istanbul; Shadkar, Consular Attaché in Ankara; Reza Behruzmanesh, Deputy Consul in Istanbul; and Ali Ashrafi, Press Attaché. These individuals were tasked with carrying out the plan with support from local agents working for the Iranian regime.

The kidnapping was to take place on February 16, 1996, but failed. Zahra Rajabi and her companions had been alerted to the plan and were able to avoid being kidnapped. Because this plan failed, the Iranian regime’s terrorists had to implement the second plan: assassination.

Upon seeing the bodies of the victims during the first field investigation, Istanbul’s District Attorney, Mr. Salim Oloush, declared that the crime was a political assassination, most likely committed by Iran’s secret services. This topic was reported by all Turkish newspapers.