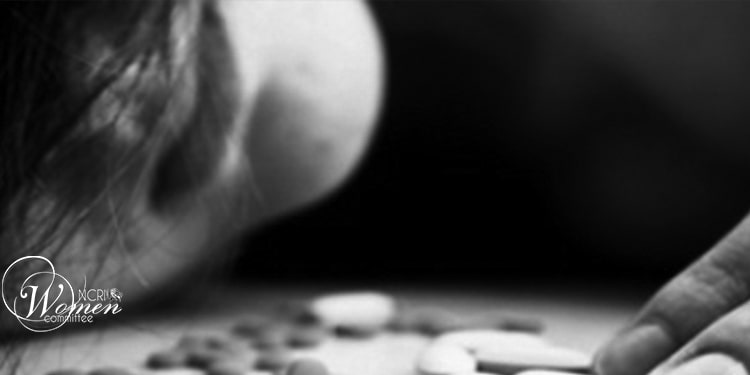 Due to poverty and violence, suicide among Iranian women and girls is on the rise, a fact that government officials and experts have also acknowledged. However, Massoumeh Ebtekar, the regime’s Deputy for Women and Family Affairs, claims that “Domestic and social violence against women is not high in our society, and Iran is in a better position than other countries” (The state-run ISNA news agency –February 15, 2021).

Meanwhile, Taghi Rostamvandi, Deputy Interior Minister and Director of the Social Affairs Organization, warned about the current situation, declaring, “Over the past few years, we have seen an increase in suicides. We have had a 4 percent to 5 percent annual increase in suicide rates. This year, we have the same statistics as last year. But what is remarkable is that we have a significant change in the range of ages among those who have attempted suicide. Suicide has increased in the last year among those under 18 and over 60″ (The state-run Mehr news agency –February 7, 2021).

An informed source in the Nation Forensic Medicine Organization also reported that from March 2020 to October 2020, the number of suicide victims went up by 4.2 percent, compared to the same period last year. As many as 15 people die each day due to suicide. Unlike in the past, the current methods of suicide are irreversible (The state-run Etemad daily – January 20, 2021).

Khalid Tavakoli, a sociologist in the field of social harm, said, “Recently, the suicide rate of married and middle-aged people has been added to the statistics, [and we see] a worrying trend… We witnessed two suicides in Kurdistan: one was a bride; the other was a 14-year-old girl. Both ended their lives by hanging themselves.”

He added, “The number of failed suicides is not usually reflected in official statistics, and the number is higher than what is formally announced” (The state-run ILNA news agency – June 8, 2020).

This year’s facts about suicide among Iranian women and girls are shocking. Examples include:

The mullahs’ regime of thievery and embezzlement is to be blamed for rampant poverty in Iran and the rising rate and number of suicides in the country.

Sixty million Iranians live under the line of poverty due to the regime’s systematic lack of supervision over the economy, an Iranian economist said. Speaking to Tabnak, a website affiliated with the regime, Ibrahim Razaghi said “the most important threat to Iran was extreme poverty, widespread unemployment, the inability of many people to pay their rent, and that the rich were getting richer.”

“There are currently 30 million unemployed people and 60 million people live below the poverty line,” he said adding that the economic situation was “very bad.”

According to state-run media, more than 38 million Iranians live in slums.