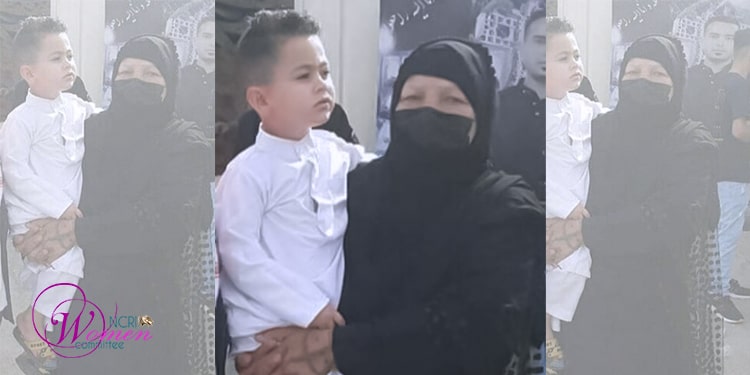 Badrieh Hamidavi, the mother of a young man slain in November 2019 uprising

The elderly mother of a young man killed by security forces during the nationwide uprising in November 2019 has been arrested.

Agents of the Department of Intelligence of Ahvaz arrested Mrs. Badrieh Hamidavi, the mother of a young man, Ali Tamimi killed by security forces in November 2019, on Sunday, May 16, 2021.

Mrs. Hamidavi had apparently welcomed and greeted the young men who had gathered outside her home hailing her fallen son, Ali Tamimi.

Her other son, Mohammad Tamimi, had been shot and killed by security forces in 2012.

Residents said people held numerous gatherings in Ahvaz to commemorate the November 2019 martyrs and those unjustly executed by the regime, on Eid-al Fitr which marked the end of Ramadan, Muslims’ holy month of fasting.

Between 10 to 15 young men have also been arrested and taken to unknown locations.

The clerical regime’s intelligence services made these arbitrary arrests between May 14 and 16, 2021, in Zowiyeh, Alavi districts of Ahvaz, and in Taleghani Township in the Port of Mahshahr, one of the hubs of protest during the nationwide uprising in November 2019.