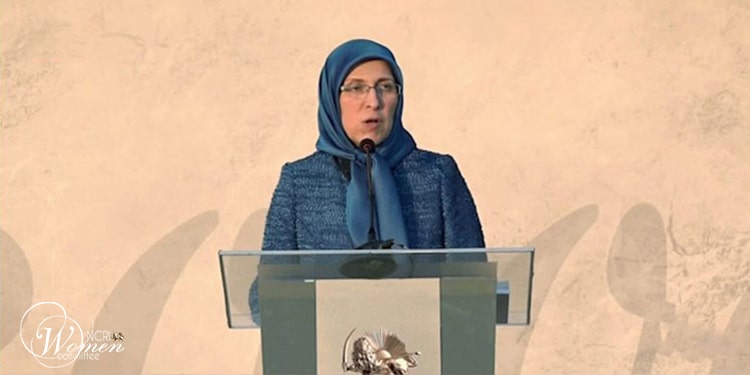 I am Matin Karim. I was arrested twice in May 1981 and April 1983. I have written the memories of my three-and-a-half years in prison in a book called “A Battle for All.” But here, I want to recount some of Ebrahim Raisi’s cruelty and crimes.

I was arrested with two of my classmates while distributing flyers in the city of Karaj on April 28, 1981. The security forces took us straight to the Prosecutor’s Office of Karaj.

They told us to give our names, express remorse, and pledge not to support the PMOI/MEK. When we refused to do so, we were punched, kicked, and insulted.

The agents saw that they could not defeat us, and we were still chanting; they took us to Ebrahim Raisi. They said we would take you to someone who will have no mercy on you. We came across a lumpen guard who insulted Massoud Rajavi and us and beat us severely. When we continued to chant, he threatened that if we supported Rajavi again, it would have severe consequences for us.

That night, they took us to the stables of the Jahanbani Garden, which the regime had turned into a prison. Another 100 young girls arrested during the protests were also brought to the stables that night. Most of their heads and faces were broken and bloody. The stable was a large shed without sanitary facilities, even without a mat or blanket to rest. We were constantly shivering from the cold. I was 15 years old at the time. Those in the shed were between 13 and 20 years old.

In another example, one night, around 2 a.m., several cars rushed to the shed. One of the patrols was about to run over me. The IRGC teams under the command of Ebrahim Raisi shouted and fired bird shots. They immediately turned us all against the wall and read the prosecutor’s order to us.

After a few warnings, they called the first person and asked her name. When they did not hear an answer, they ordered to shoot. The sound of gunfire echoed through the shed. This mock execution seemed very real because we were all facing the wall and could not see each other. Every time we heard a gunshot, we thought someone was shooting at us, and then it was our turn. However, our response at the end of this mock execution was to remain silent and not give our names.

Raisi tried to force us to surrender by mock execution but received a suitably cutting retort. Due to the resistance and sit-in of our families, the regime was finally forced to release us all after two weeks.

Another fact is related to the days after June 20, 1981. One night, the Revolutionary Guards rushed to our house to arrest my father with a prosecutor’s order and me. They destroyed all of the furniture in the house.

They could not find me at home but arrested my father. My father was sentenced to six months in prison only for holding an Iftar party for the PMOI supporters. However, he was subjected to the most severe forms of torture in prison for three years. I was also charged with selling the Mojahed newspaper, which according to Raisi was punishable by death.